DSWD: P500 subsidy per family to be given before Duterte’s term ends | Inquirer News

DSWD: P500 subsidy per family to be given before Duterte’s term ends 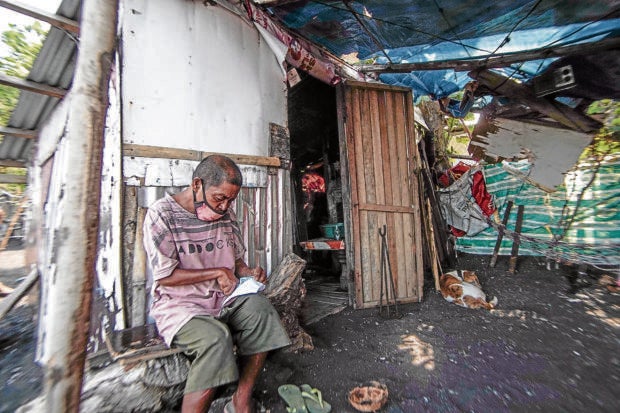 (FILE) A resident of Barangay Rawis in Legazpi City, Albay, checks the cash assistance he received from the government as the country deals with the coronavirus pandemic. In provinces in Central Visayas, some barangay officials are facing charges for suspected irregularities in the distribution of the emergency subsidy. —MARK ALVIC ESPLANA

MANILA, Philippines — The P500 monthly subsidy per family will be distributed to poor Filipino families before President Rodrigo Duterte ends his term on June 30, the Department of Social Welfare and Development (DSWD) said Thursday.

In March, President Rodrigo Duterte initially ordered that poor families be provided with P200 per month, which was later increased to P500, to cope with the rising costs of oil and commodities.

However, the subsidy, which will benefit around 12.4 million households, remains undistributed to date.

(We expect the distribution of the P500 per month subsidy to start before President Duterte’s term ends.)

She did not mention a specific date when the disbursement will commence as preparations are still underway.

(We are accounting how many of our poor families have existing cash cards so they could get the first tranche of the subsidy from the national government.)

Earlier, the Department of Budget and Management said the P500 monthly subsidy is only good for three months, or a total of P1,500 per household.