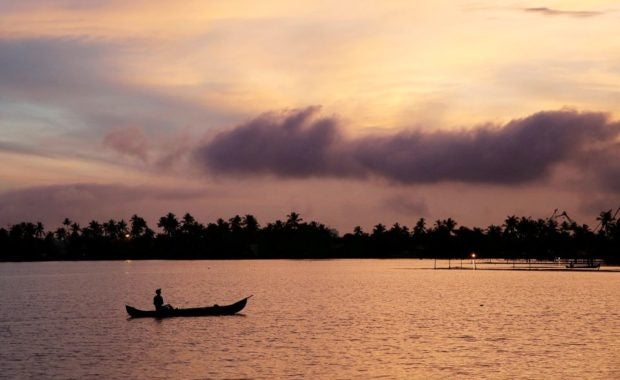 A man rows his boat in the tributary waters of Vembanad Lake against the backdrop of pre-monsoon clouds on the outskirts of Kochi, India, June 7, 2019. REUTERS FILE PHOTO

NEW DELHI — India’s monsoon rains are likely to pick up by mid-June, the chief of the state-run India Meteorological Department (IMD) told Reuters on Wednesday, spurring the sowing of crucial crops such as rice, corn, cotton, soybean, sugarcane and peanuts.

“As per our extended range forecast, rainfall activity is likely to increase by June 15,” Mrutyunjay Mohapatra, director general of the IMD, told Reuters in an interview.

“That spell of rainfall is likely to cover central India and the northern plains of the country.”

The monsoon – which accounts for nearly 70% of India’s annual rainfall and is the lifeblood of its $2.7 trillion agriculture-dependent economy – arrived on the coast of southern Kerala state on May 29, two days ahead of the usual time.

But since June 1, when the four-month monsoon season began, rains are 42% below average. The IMD defines average, or normal, rainfall as ranging between 96% and 104% of a 50-year average of 87 cm (35 inches) for the entire rainy reason.

Nonetheless, some areas covered by the monsoon, particularly in the southern, eastern and northeastern states of India, have received normal to excess rain, Mohapatra said.

At this stage, the progress of the monsoon, especially over central and northwestern India, is crucial for the planting of an array of key crops.

The monsoon will play an important role in determining this year’s rice crop, and plentiful rains will help New Delhi maintain its preeminent position in the global rice trade.

India relies on monsoon rains to water almost half its farmland, which lacks irrigation. Farming contributes around 15% to India’s $2.7 trillion economy while sustaining more than half the population of 1.3 billion.

India’s monsoon rains forecast to be above average in September