NTF-Elcac can wipe out insurgency in two years – Duterte

MANILA, Philippines — The National Task Force to End Local Communist Armed Conflict (NTF-Elcac) can wipe out insurgency in about two years, President Rodrigo Duterte said in his taped weekly “Talk to the People” briefing that aired late on Monday.

“On a scale of one to 10, ang success of Elcac, this whole-of-government approach, if maintained, will be easier,” Duterte said, speaking in a mix of Filipino and English. “I would think that, given the way Elcac is running, give it another two years, it [the insurgency] would be almost wiped out. There are places that have only platoons.”

Duterte said as he was criticizing terrorist groups who he said had been killing more people, especially barangay officials, than the military and police personnel. 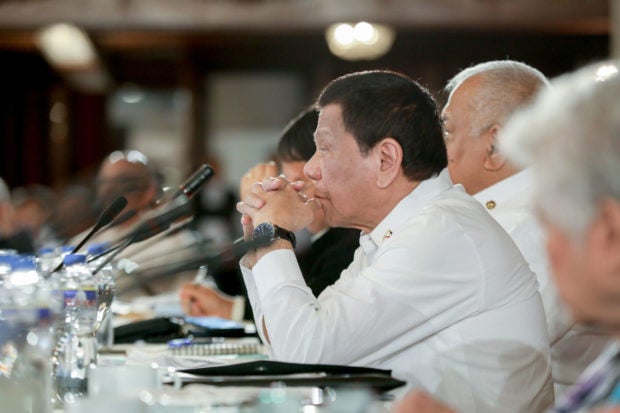 “How many people who did not want to follow you have you killed? And how many times have you done it to barangay captains? Is there any case pursued by the human rights [groups], international or the local, to at least equalize the situation by also going after the terrorists, who are criminals?” Duterte said.

“They are no longer revolutionary. There is no more revolutionary fervor in their movement,” Duterte said, apparently referring to the New People’s Army, the fighting group of the Communist Party of the Philippines.

“This is just m. I’m not addressing it to anybody. This ELCAC — this brainchild of General Esperon — is a very good one, and it can really help the country in its insurgency problem,” he added.

He was referring to his national security adviser, Secretary Hermogenes Esperon Jr., a retired Army general who became chief of staff of the Armed Forces of the Philippines.