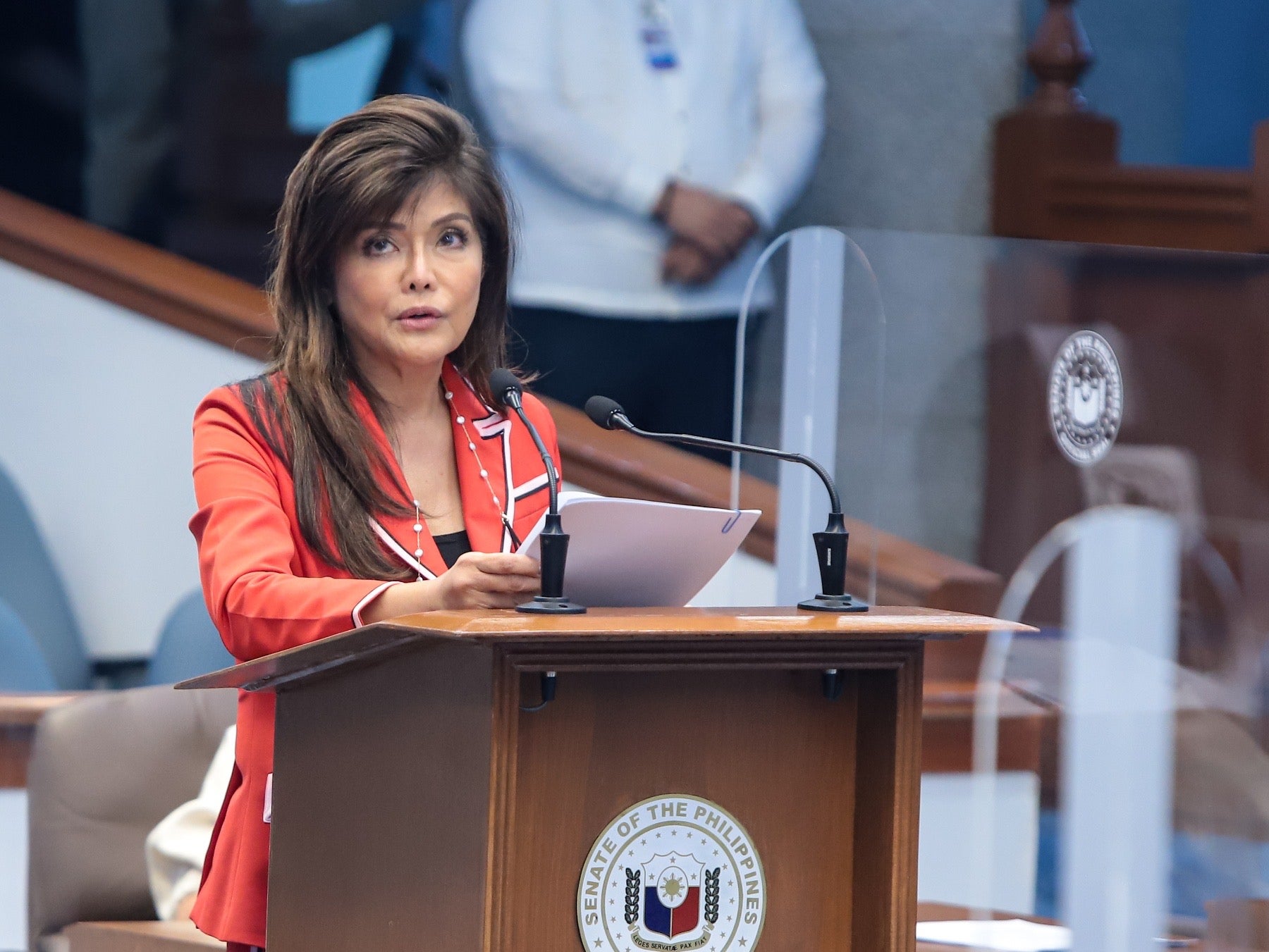 MANILA, Philippines — Senator Imee Marcos on Wednesday said she is “very deeply interested” in handling either the Senate finance, foreign relations, or agriculture committees in the incoming Congress.

Interviewed on ANC, Marcos noted having familiarity with the Senate finance panel, the committee tasked to lead budget deliberations in the upper chamber.

“I’m not certain what would be appropriate at this point—the finance committee would, of course, be interesting because I was a vice chairman there,” she said.

“I’ve been a vice chairman there, as I was in Congress a hundred years ago, so medyo sanay ako diyan. But there are many other things that we’re very deeply interested in,” she added.

Among these is agrarian reform and the agriculture sector, according to Marcos.

“I’m very deeply committed to the condonation of agrarian reform land, so that’s important to me, too. And of course, there’s agriculture because good prices have skyrocketed and they’re affecting the poor in an exorbitant and horrible way,” she said.

“Foreign affairs is very interesting at this point, we face all sorts of problems in our policy. Maybe it’s time to look at new ideas like joint border patrols with China and the other claimants,” she said.

“Maybe it’s time that we reinvigorate our U.S. relations. There’s a lot of stuff that needs to get done,” the senator added.

Currently Marcos is the chair of the Senate electoral reforms, economic affairs and cultural communities committees under the 18th Congress, which is set to adjourn sine die beginning June 4.