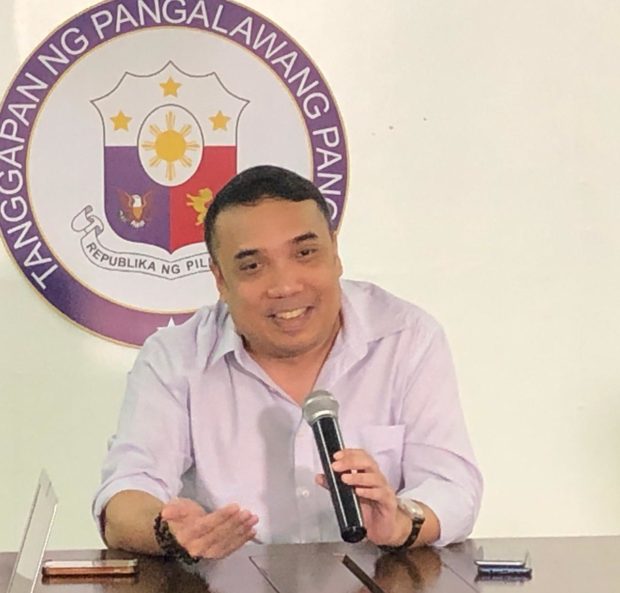 During an interview on Tuesday, Robredo spokesperson Barry Gutierrez said that a bigger coalition had been the call of the Vice President when she ran for president — a convergence of groups that showed up in the campaign.

“So, definitely, moving forward, it is possible that some new movement, bigger than any individual party, will emerge,” Gutierrez told ABS-CBN News Channel’s Headstart.

“And you know, that’s what the Vice President has inspired in the last seven months and we look forward to seeing that continue even after June 30 or until the expiration of her term,” he added.

Gutierrez was also asked about the future for Robredo and the Liberal Party (LP) — Robredo’s party which has been pinpointed by critics as a reason for the opposition’s losses.

According to him, it is possible that the so-called pink movement moves forward without LP.

“That’s a possibility,” he said when asked whether the pink movement would go on sans LP.  “But you know, even during the campaign, the people who came out and became part of what is now called the pink movement, many of them were not affiliated at all with the Liberal Party.”

“Many, in fact, were ordinary citizens who just felt the call to participate in what they felt was historic and important election,” he added.

As to whether Robredo would resign from LP itself once her term as party chairperson ends, Gutierrez said that he does not know what Robredo’s plans are.

“Well, the moment that her term ends, she will automatically stop being chairperson of the Liberal Party. That’s clear,” he said.

Robredo ran as an independent candidate in the 2022 presidential race, with many observers seeing the use of pink as a campaign motif a departure from the Liberal Party’s yellow color.

However, the presence of key LP members on Robredo’s side was not lost on many eyes — including that of fellow presidential candidate and Manila Mayor Isko Moreno, who has called out Robredo’s camp several times saying that the pink movement is only an offshoot of the ‘dilawan’ (yellows) tag.

Moreno claimed during the early part of the campaign season that the same elitist mindset rules Robredo’s side, as exhibited in her supporters’ call for him to withdraw from the presidential race.

Robredo lost badly to eventual winner and now President-elect Ferdinand “Bongbong” Marcos.  Robredo got 15,035,773 votes, while Marcos had a huge lead with 31,629,783 votes.

Despite losing, Robredo plans to kickstart a non-government organization carrying the name of her program — Angat Buhay — as a means to continue helping people by forging possibly the largest volunteer network while fighting misinformation.