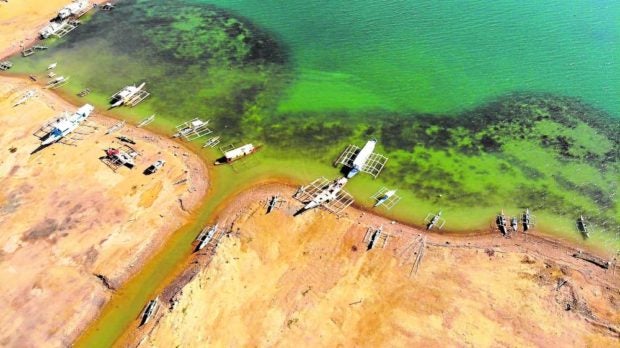 NEW LAND The reclaimed land in the municipality of Coron in Palawan has extended to three villages, burying in soil once unspoiled coastal areas and threatening the marine biodiversity of this tourist-drawing island town. —Photo courtesy of Sagip Coron Palawan

MANILA, Philippines — The Department of Environment and Natural Resources (DENR) admitted lapses in the monitoring of a Coron reclamation project that had been “rushed” amid the pandemic.

DENR Undersecretary Jonas Leones  also raised the possibility of filing charges if there had been violations to environmental laws in the implementation of the project that should be brought to court.

(We also saw that there is a bit of a lapse on the part of our CENRO or PENRO in the region on the progress of the project.)

(Although it’s hard to admit—we lacked in monitoring the project because it was rushed. What seemed to have happened is that during the pandemic…the project was rushed when we were busy addressing COVID-19…When we saw it, the reclamation had already covered a massive area.)

However, he pointed out that the proponents of the project should have “faithfully” complied with environmental regulations once it received an environmental compliance certificate (ECC) from the agency.

Earlier, the DENR cancelled the ECC for the reclamation project in Coron, Palawan over a failure to comply with the required compliance monitoring report, among others.

(They should have been submitting reports, updates…There are lapses on the part of the proponent.)

According to Leones, the reclamation of the area had been “slow” in the beginning but the DENR was “shocked” when it learned that the project had been “rushed” during the pandemic.

(The reclamation was supposed to be 48 hectares…Can you imagine, they’ve already reclaimed 40 hectares, based on the report we received. That’s what happened there.)

(Because the project was rushed and a lot of damage has been done, we were not able to monitor, we saw violations, that’s why the local officers cancelled the permits the department has issued to the proponents.)

Leones said that the DENR is currently assessing the damage in the coastal area involved in the reclamation project.

He said charges will be filed if the DENR finds violations of provisions under the National Integrated Protected Areas System (NIPAS) law and the Philippine Clean Water Act.

(We will determine whether they are liable, if there are violations of the provisions under these laws. And we will make sure that not only administrative sanctions will be imposed, but also criminal cases if we see that they should be brought to the courts.)