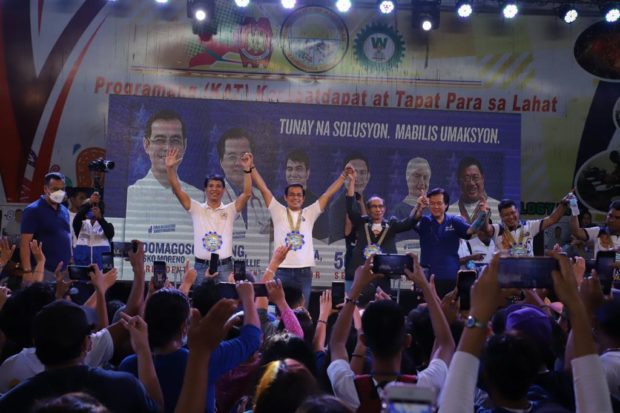 MANILA, Philippines — Political party Aksyon Demokratiko has congratulated President-elect Ferdinand “Bongbong” Marcos and Vice President-elect Sara Duterte-Carpio for winning the May polls, and reminded the two that: We will be watching.

“The Party is hoping that we will have a better country under the Marcos administration. However, we will continue to be vigilant and will closely look at how the country will be run. We will criticize when needed be but we will also give credits when they are due,” he added.

Aksyon Demokratiko likewise said they would continue fighting for honest and good governance especially since the country is faced by many challenges.

“We should not be complacent and take this administration to task with the gargantuan challenges we as a nation and citizenry will all be facing,” Ramel noted.

“Aksyon Demokratiko will be around to continue to fight for Honest & good governance, Opportunities for all, Prosperity, peace and productivity and Education and the environment for sustainable development. Tuloy ang Laban para sa bayan at sa mga mamamayan!” he added.