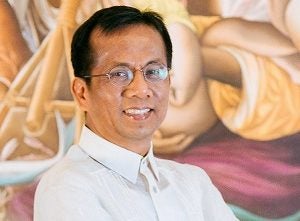 Arsenio M. Balisacan /University of the Philippines School of Economics

Marcos Jr. announced this Monday and his chief-of-staff Atty. Vic Rodriguez confirmed that Balisacan has accepted the offer.

“I have also tapped an old friend who’s also formerly in this position, Arse Balisacan, who is our former NEDA and I’ve asked him to return to NEDA,” he said in a press briefing.

“I’ve worked with him extensively at the time when I was governor. We have very similar thinking in that regard kaya’t malakas ang loob ko, I know he’s very competent, I know his policies are policies that will be for the betterment of our country,” he added.

Balisacan had served as the country’s socioeconomic planning Secretary under the Aquino administration. He also served as chairperson of the Philippine Competition Commission.

As of this posting, Balisacan has yet to personally confirm his acceptance to the offer for him to head the NEDA under the administration of Marcos.