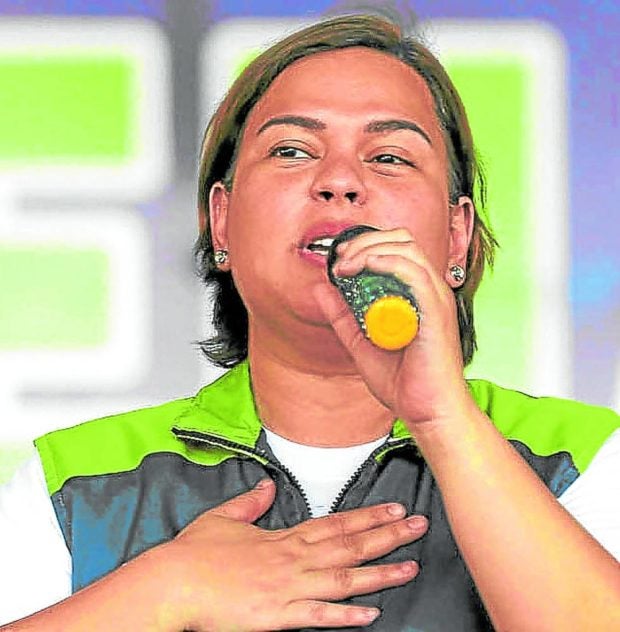 MANILA, Philippines — Following her proclamation as vice president-elect of the country, Sara Duterte-Carpio on Wednesday said she is dedicating her win to fallen victims of terrorism, abuse, criminality, and bullying.

Talking to the media, Duterte thanked the Commission on Elections (Comelec), teachers, police and soldiers, and Congress for a “generally peaceful and orderly election.”

She said her win is also a win for her supporters.

She then dedicated her win to dead victims of terrorism, abuse, criminality and bullying, naming them as Kean Gabriel, Larry, Jaren, and Frederick.

“The opportunity to serve as vice president I dedicate to Kean Gabriel, to Larry, to Jaren and Frederick and all those who passed because of terrorism, abuse, criminality, and bullying,” Duterte-Carpio said.

“Thank you for the opportunity to save lives,” she added.

Duterte-Carpio then issued a call to help each other towards peace and unity.

Congress, sitting as National Board of Canvassers, proclaimed Duterte-Carpio as the 15th vice president of the country on Wednesday evening.

She obtained a total of more than 32.2 million votes in the May 9 elections, based on the official tally.