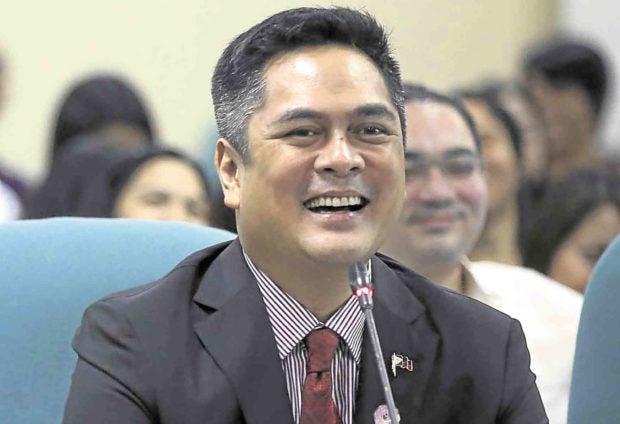 MANILA, Philippines — The Palace sent its congratulations to president-elect Ferdinand “Bongbong” Marcos Jr. and vice president-elect Sara Duterte-Carpio on Wednesday for winning the May 2022 elections.

Acting presidential spokesperson Martin Andanar described as a “historic milestone in our political life” Congress’ proclamation of Marcos Jr. and Duterte. Congress has convened as National Board of Canvassers to review votes cast for president and vice president in polls held May 9 and proclaim the winners.

“Today’s proclamation ceremony by Congress marks another historic milestone in our political life as a nation underscoring that we are, indeed, a showcase and beacon of democracy in this part of the world,” added the Palace official.

Marcos Jr. is the son and namesake of the late dictator Ferdinand Marcos Sr., the 10th president of the Philippines, while Duterte-Carpio is the daughter of outgoing President Rodrigo Duterte.

Andanar then renewed his call to the public to support the newly elected leaders as the Office of the President under Duterte will ensure a smooth transition of power.

“As both leaders are about to embark on the responsibilities and challenges of their respective offices, we reiterate our call for our people to stand behind our newly elected leaders,” he urged the public.

“The Office of the President shall ensure a peaceful, orderly and smooth transfer of powers to the President-elect as we extend all the necessary support and assistance to various transition activities,” he added.

On Wednesday evening, Congress proclaimed Marcos Jr. as the 17th President and Duterte-Carpio as the 15th Vice President of the Philippines.