No Marcos appointments to High Court until 2025 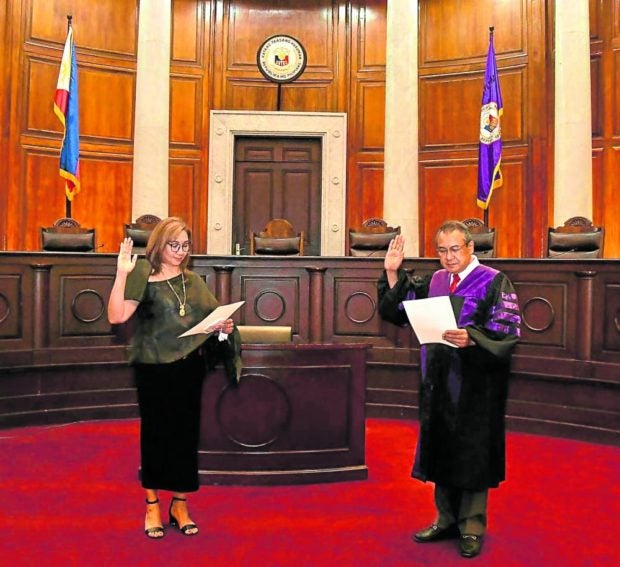 MANILA, Philippines — Presumptive president Ferdinand Marcos Jr. will not be able to name his own appointee to the Supreme Court (SC) after incumbent President Rodrigo Duterte named Court of Appeals (CA) Justice Maria Filomena Singh to replace Senior Associate Justice Estela Perlas-Bernabe, who retired on May 14.

She was among the justices who opposed the 2018 CA ruling that ordered the release of former Palawan Gov. Joel Reyes, who was accused of the murder of environmentalist and broadcaster Gerry Ortega.

She finished her undergraduate degree at the University of the Philippines and received her law degree from the Ateneo de Manila University.

She also received a master’s degree from the Washington College of Law of the American University in Washington DC.

One of two women

With the retirement of Perlas-Bernabe, Singh will be one of only two women in the SC. The other one being Associate Justice Amy Lazaro-Javier.

Her appointment was the last vacancy to be filled by President Duterte, who has named 13 of the incumbent magistrates of the high court.

The remaining two were appointed by the late President Benigno Aquino III: Justices Alfredo Benjamin Caguioa and Marvic Leonen, who is now the most senior associate justice after serving for nine years.

But Leonen, age 59, can remain in the court for 10 more years, or until 2032 when he reaches the mandatory retirement age of 70 years old.

The magistrate nearest retirement is Justice Mario Lopez, whom Duterte named in 2019 and will turn 70 in June 2025.

Lopez will be followed by Chief Justice Alexander Gesmundo and Lazaro-Javier, who will both be up for retirement in 2026, and Associate Justice Henri Jean Paul Inting, who turns 70 in 2027.

There will be two more retirements—those of Associate Justices Samuel Gaerlan and Ricardo Rosario—in 2028, the year of the next presidential election, but their retirements will not turn up until after the elections.

While Marcos has no vacancy to fill in the court until 2025, he will have to name four magistrates in the high court, including a chief justice, in the six years of his term.