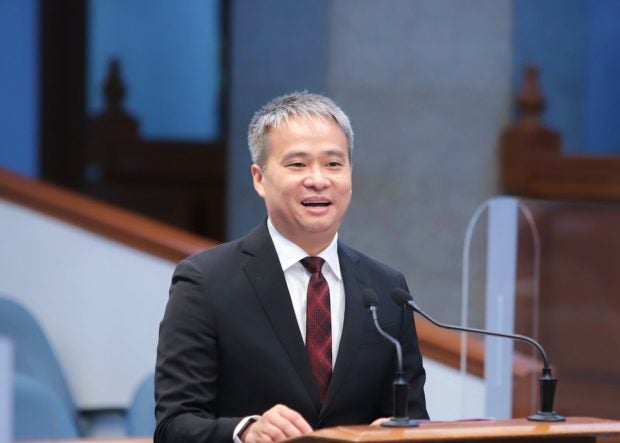 FILE PHOTO: Senator Joel Villanueva thanks colleagues for their help and contribution in perfecting Senate Bill No. 2234, creating the Department of Migrant Workers on Tuesday, December 14, 2021. (A. Calvelo, V. Domingo/Senate PRIB)

MANILA, Philippines — Reelected Senator Joel Villanueva said Wednesday that he is open to joining the Senate minority bloc in the incoming 19th Congress.

Villanueva said the remark after being asked what his preferred Senate committees are, following the proclamation of the so-called Magic 12 at the Philippine International Convention Center in Pasay City.

“When it comes to committees, preferential committees, etcetera, I don’t mind. In fact, I can even say that I’m open to being part of the minority,” he said before the proclamation of the winning candidates in the May 9 senatorial election.

In the 18th Congress, Villanueva belonged to the majority bloc.

Currently, he is the chairman of the Senate committees on labor, employment, and human resources development, as well as higher, technical, and vocational education.