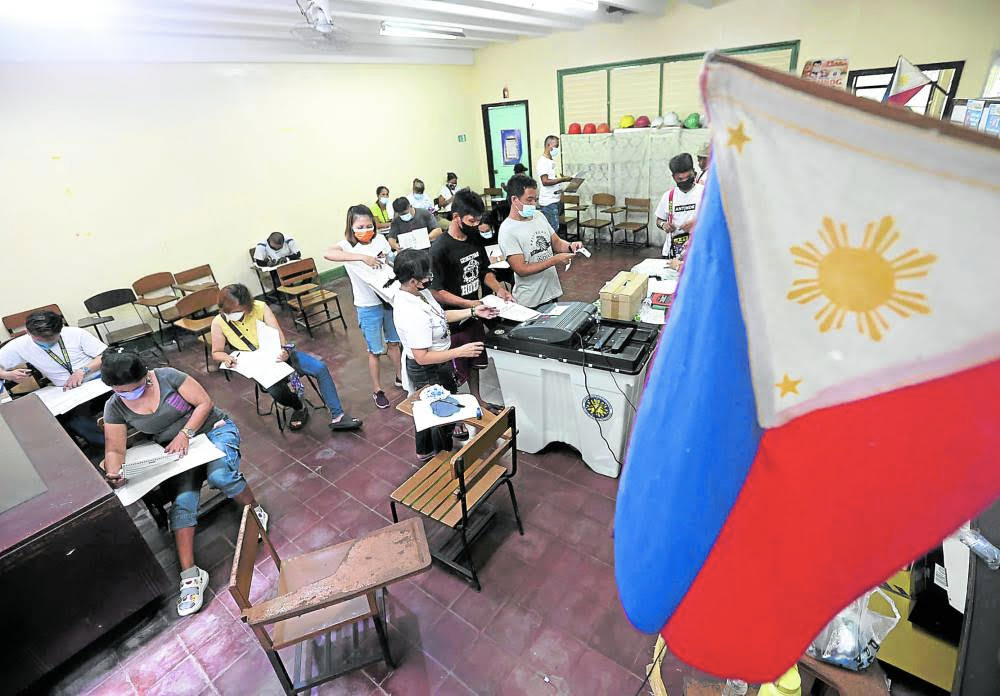 Technical problems, long lines and flaring tempers mark voting in many polling centers across the country on Monday (May 9) but overall the national and local elections went smoothly, with pandemic restrictions observed, like here at Aurora Quezon Elementary School in Quezon City. —MARIANNE BERMUDEZ

MANILA, Philippines—Far different from 2016, when Leni Robredo took down Ferdinand Marcos Jr.’s vice presidential bid by a hairline, the 2022 election saw Marcos win in 64 out of 81 provinces. 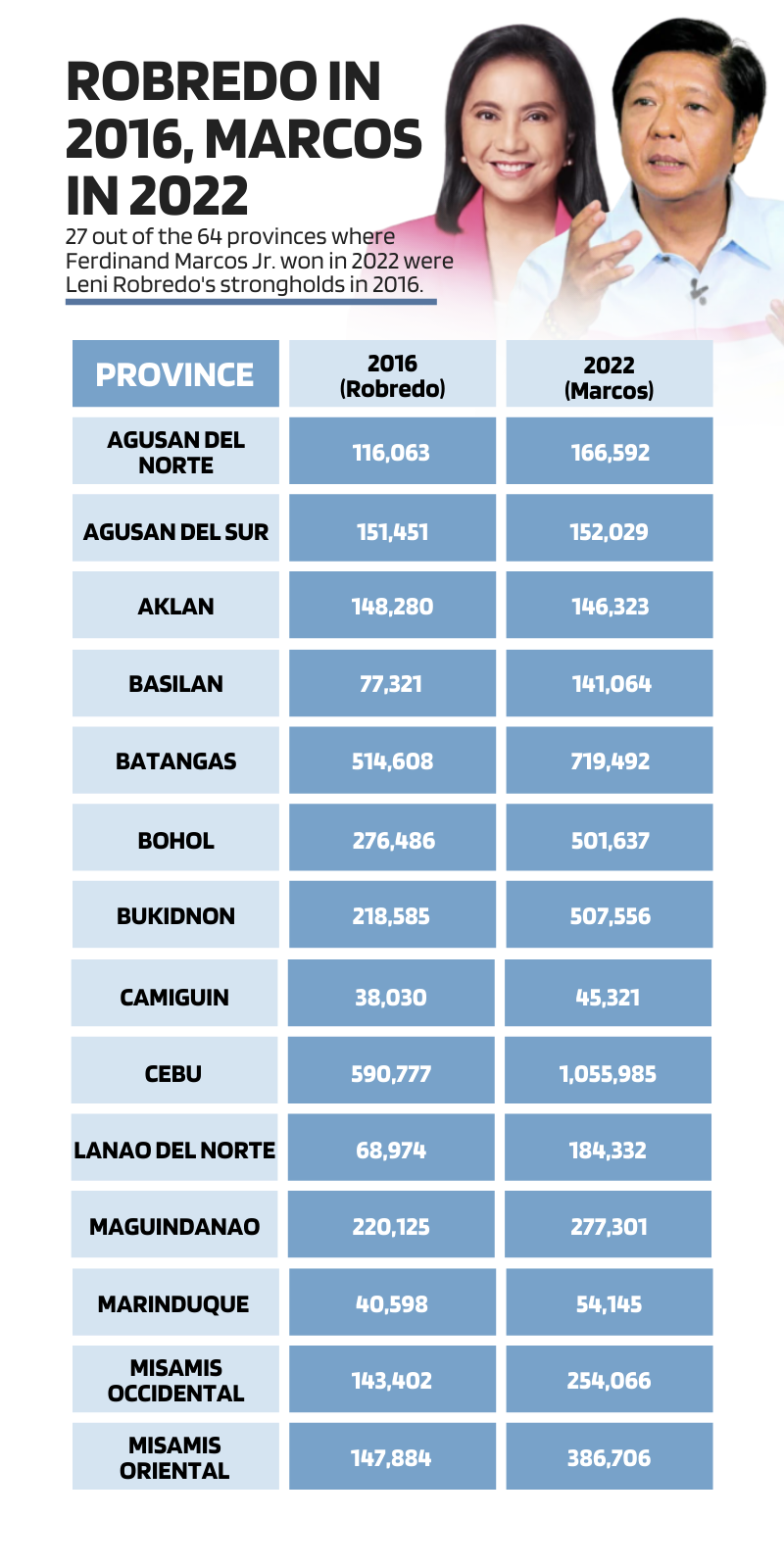 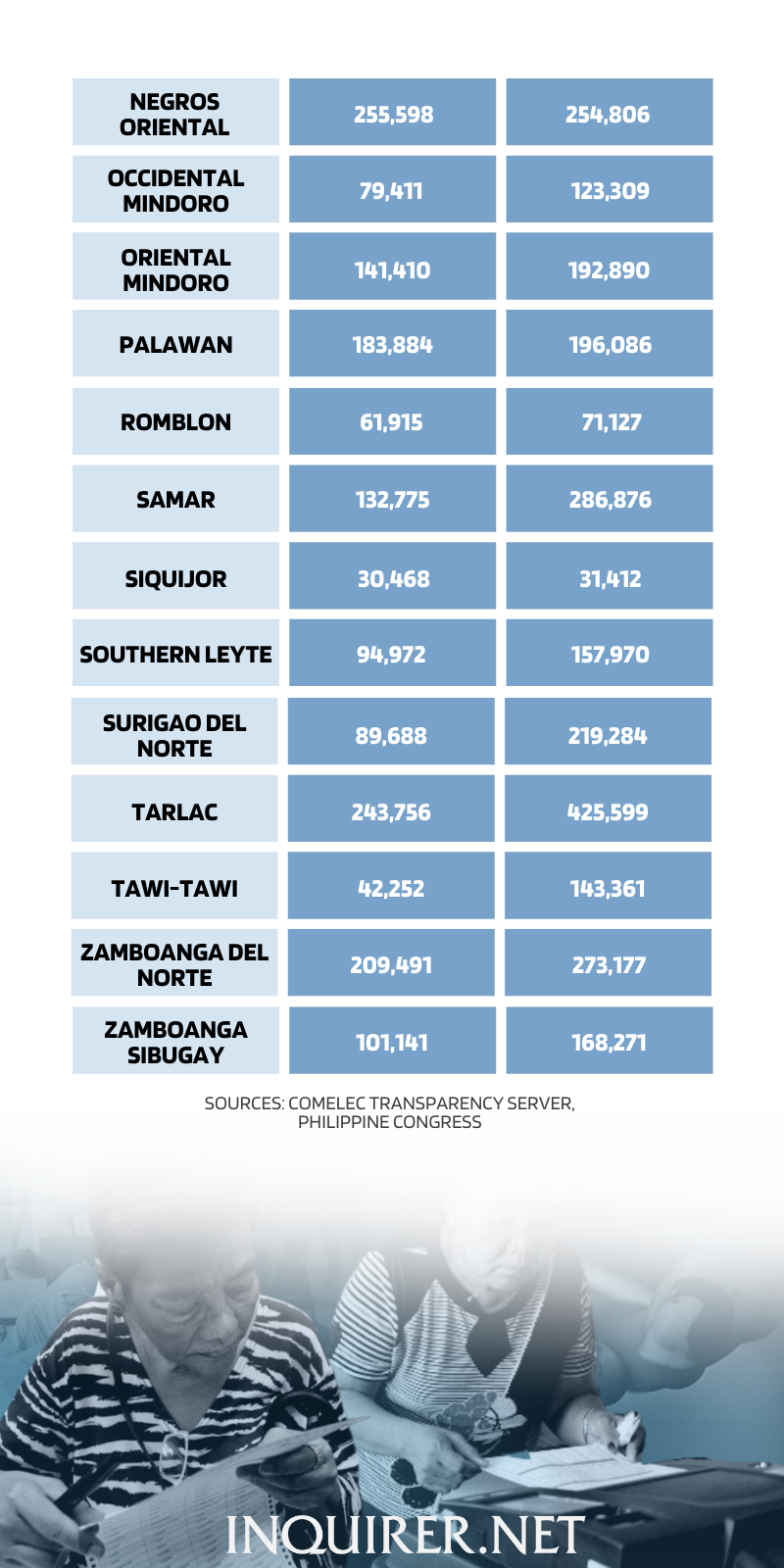 This year, however, as seen in the partial and unofficial results of the elections, which already represent 98.35 percent of election returns, with 31,104,175 votes, Marcos is set to win the presidency by a landslide against Robredo’s 14,822,051 votes. 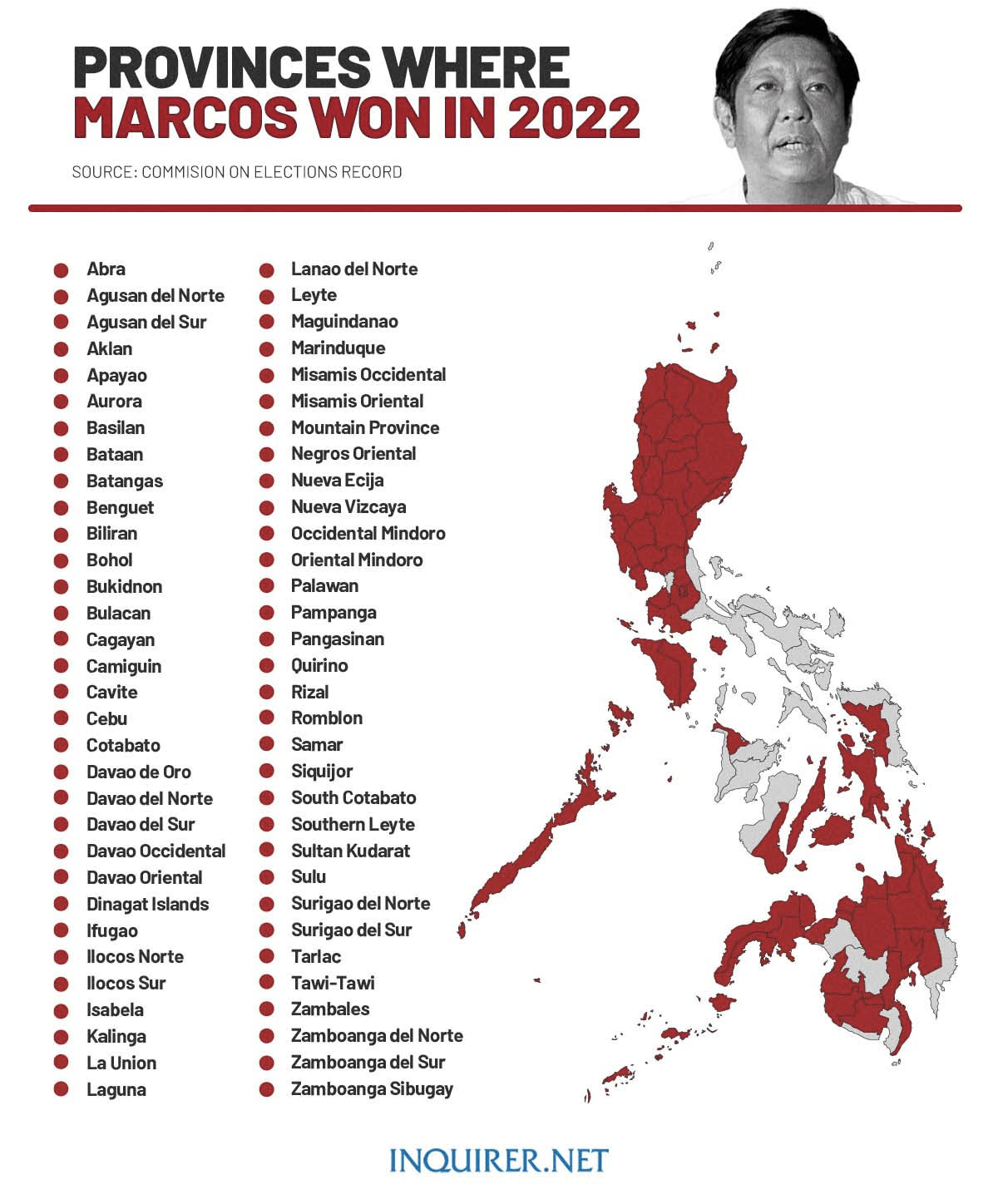 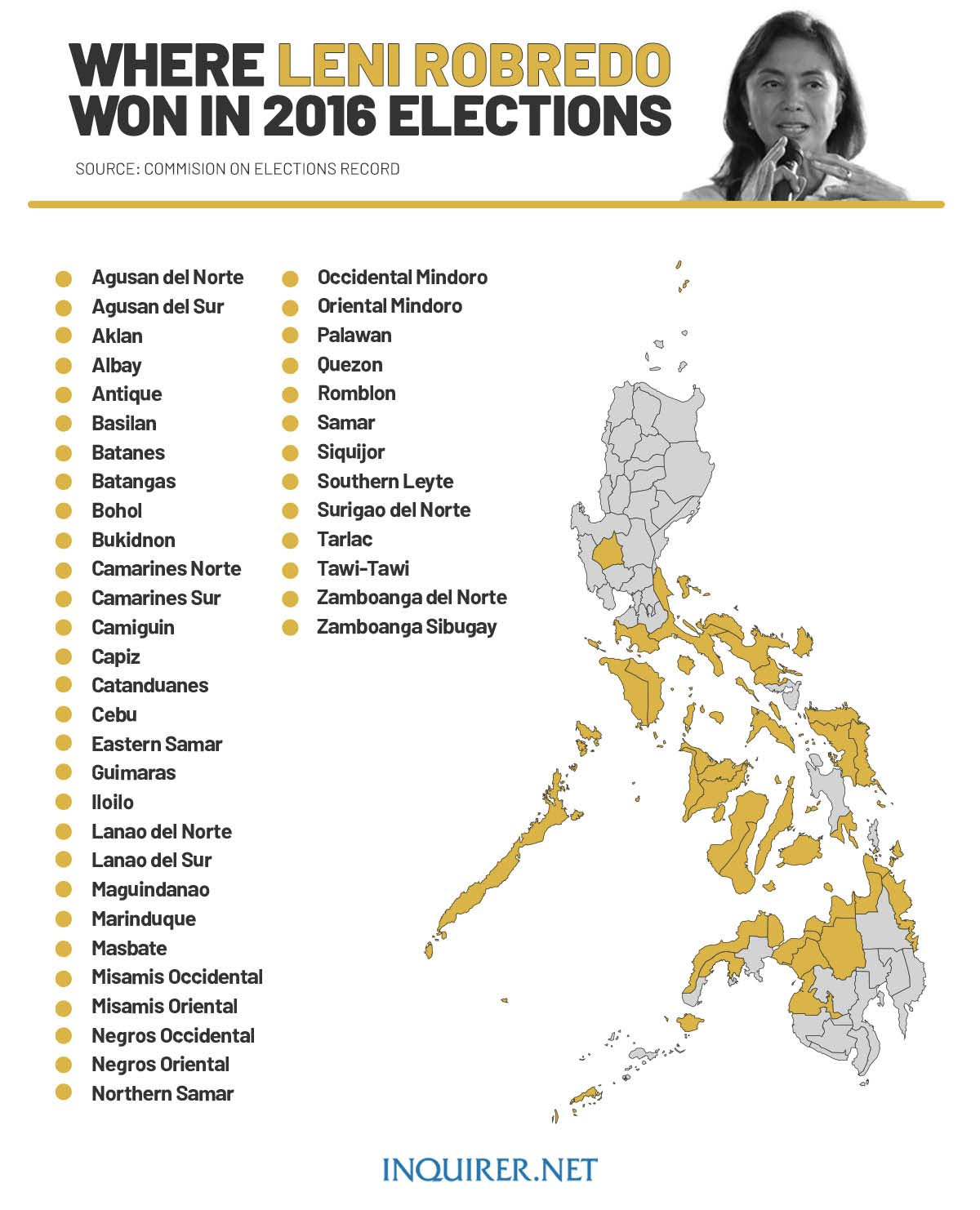 Prof. Maria Ela Atienza, of the University of the Philippines’ Department of Political Science, told INQUIRER.net that the UniTeam of Marcos and presidential daughter Sara Duterte-Carpio had “plenty of resources and networks that have been at work for years.” 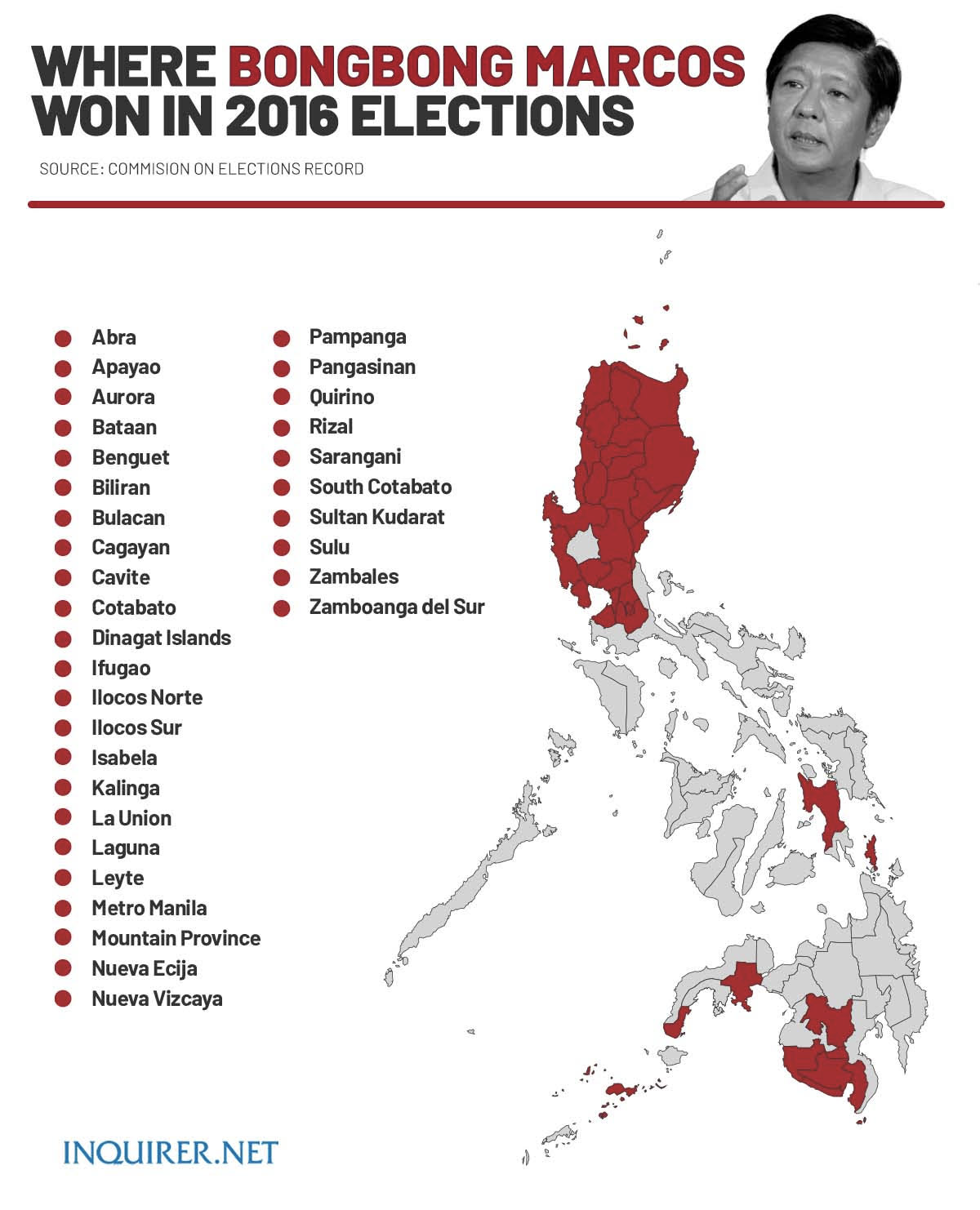 She said that when political parties are weak and politics still stand traditional, local politicians were expected to go to the team with more resources and higher chance of winning.

“Finally, President Rodrigo Duterte is very popular until now which translated to votes for his daughter, Sara, and her running mate, Marcos, in both the North and South of the country, even if the President did not directly endorse Marcos,” she said.

However, this year, she lost 28 of the 42 provinces. Atienza stressed that “for one, she (Robredo) is in the opposition now and ran as an independent,” saying that in 2016, she was the one fielded by the Aquino administration. 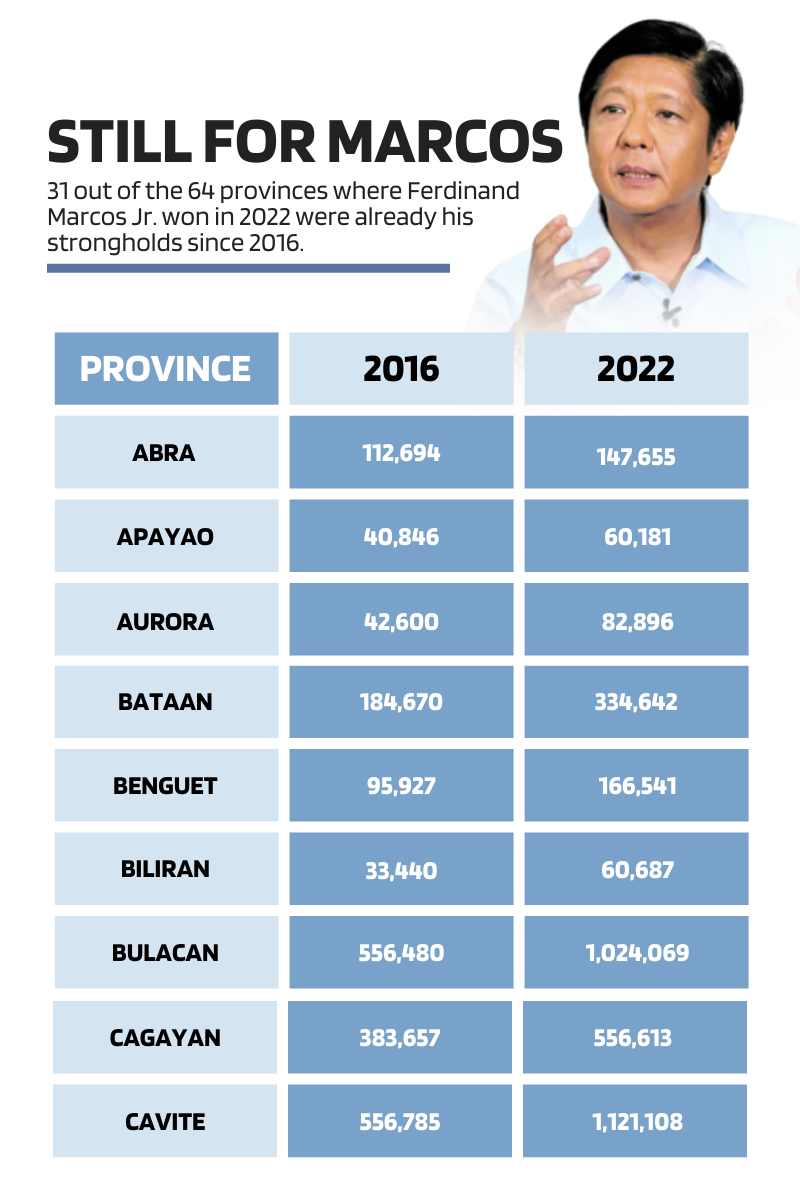 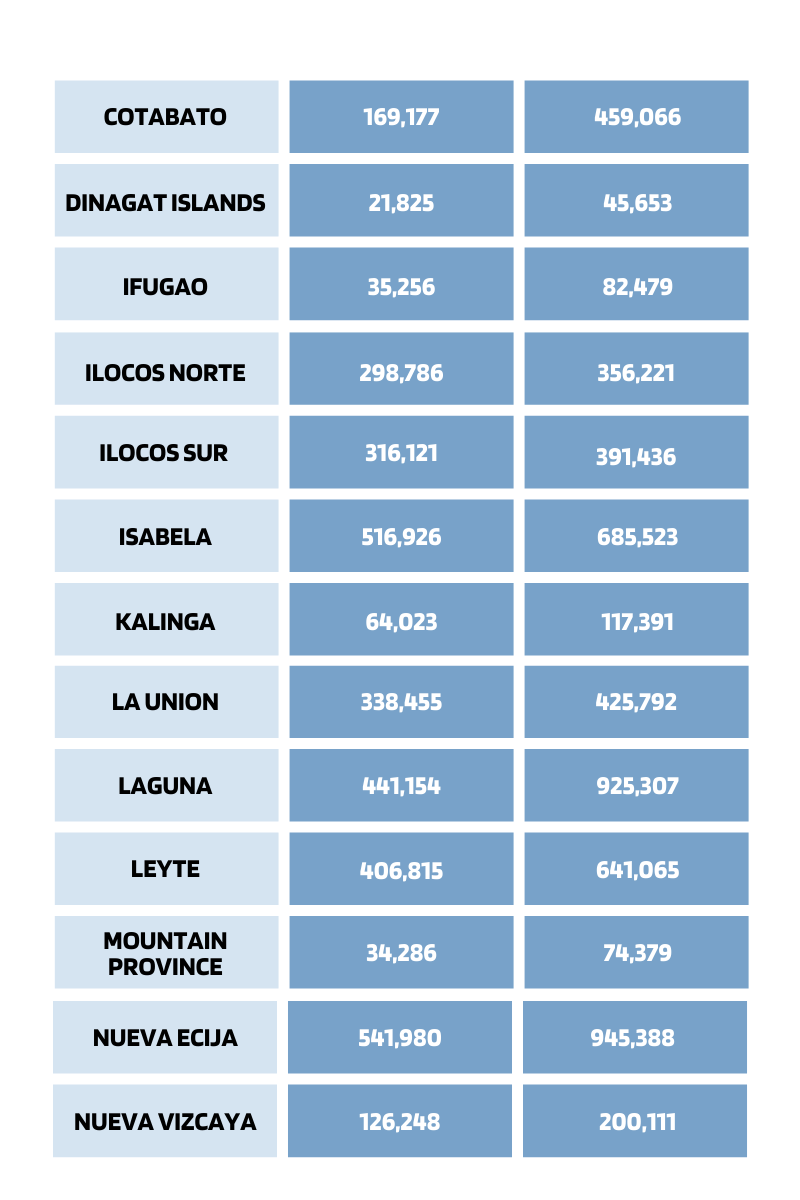 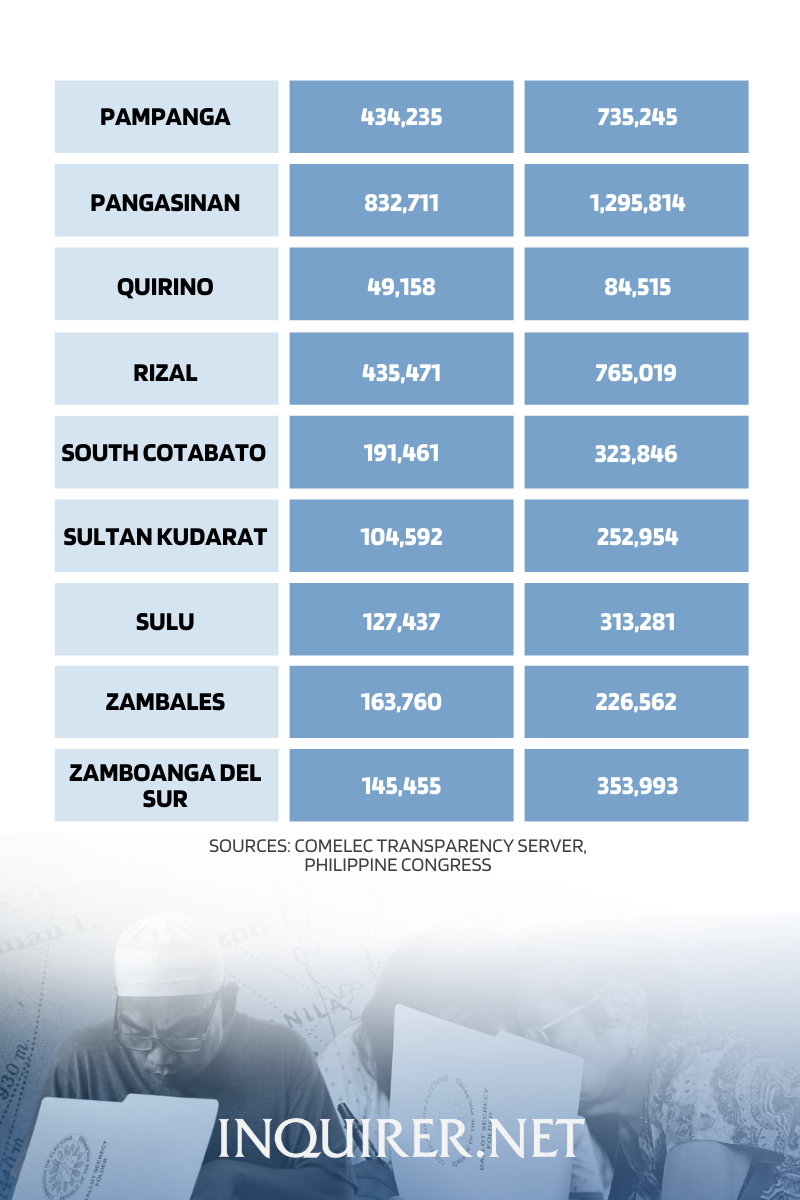 She said that while Robredo, back in 2016, had gained from the resources and machinery of the then dominant Liberal Party, the disinformation and attacks against her have intensified in the past six years.

“The measly budget given to her office also prevented her from getting enough public exposure even if her office prioritized livelihood and humanitarian support for many sectors,” Atienza said.

Out of the 14,822,051 votes that Robredo received last May 9, 4,459,762 votes were from the said 15 provinces. She even won in Quezon where Marcos’ presidential bid was endorsed by Governor Danilo Suarez.

For Atienza, the votes that Robredo received in the Bicol Region may be explained by “regional loyalty,” especially with “the fact that people in the area know her and her track record”.

“No amount of disinformation defeated these factors,” she said.

As to the Visayas, especially in the western provinces, “these are the areas with a number of progressive and successful local chief executives who are vocal and can challenge and criticize the national government”.

She said that “there is economic growth and there are growing practices of good governance as against traditional politics”.

This year, Marcos won in 11 of the 15 most vote-rich provinces—Cebu, Cavite, Pangasinan, Laguna, Bulacan, Batangas, Rizal, Pampanga, Nueva Ecija, Davao del Sur, and Leyte. These were also the provinces where he had a wide lead against Robredo. 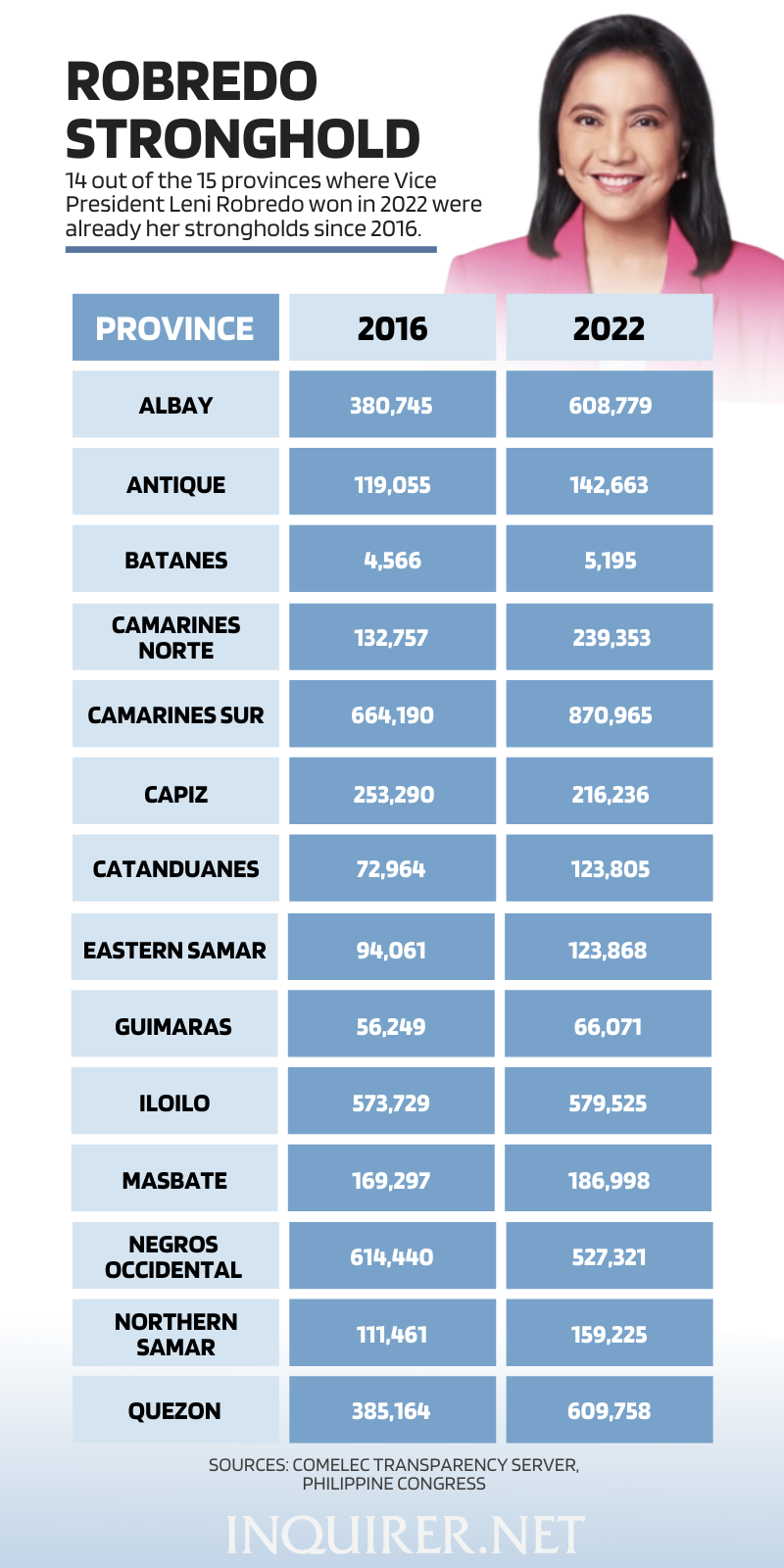 RELATED STORY: Bongbong Marcos calls on Cebuanos to back him in improving economy

Marcos won in Rizal, Pampanga, Nueva Ecija, and Leyte, the provinces where he also won in 2016. He likewise won in Davao del Sur, the province that delivered 150,910 votes for Cayetano in 2016.