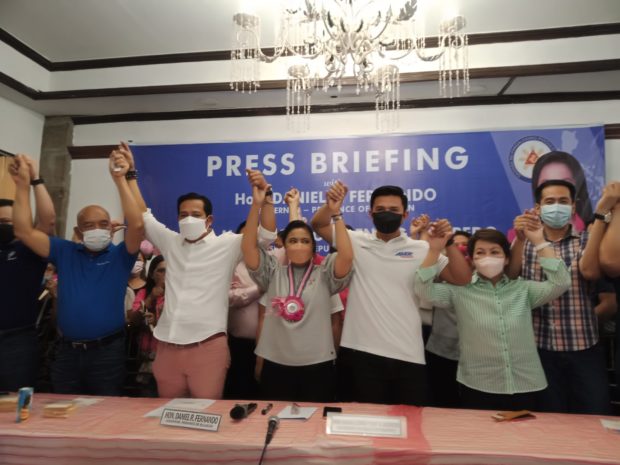 In a press briefing, Fernando raised the hand of Robredo and said he sought divine intervention before making the decision.

The governor said he knows Robredo and has seen how she served the country.

“Let a woman lead, let Leni lead,” he said during the press briefing.

But Fernando reiterated that Bulakenyos are free to choose their presidential candidate.

Robredo said she was elated by Fernando’s endorsement, adding that the governor took a risk but stood his ground.