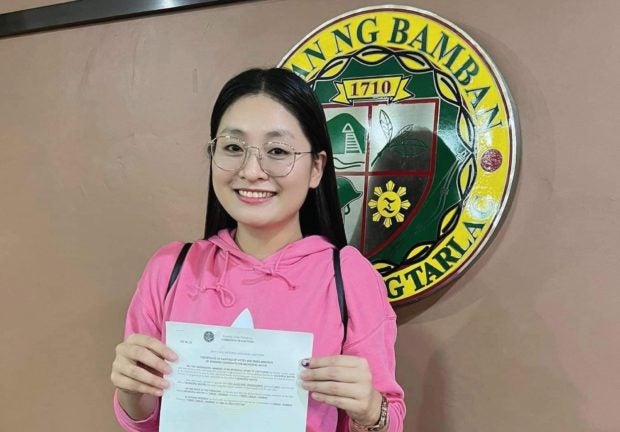 Guo, a businesswoman, is a neophyte politician.

In Capas town, Roseller “Boots” Rodriguez won as mayor and his running mate, Alex Espinosa was elected as vice mayor.

In Paniqui town, the father-daughter tandem of Max Roxas and Bien Roxas won as mayor and vice mayor, respectively.

In San Manuel town, incumbent Donya Tesoro retained her post, while his brother, Sir Benjamin Tesoro, was proclaimed as vice mayor. Benjamin substituted for the candidacy of their father, who died.