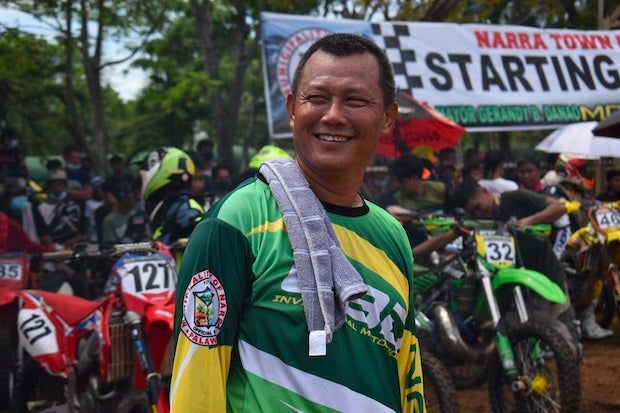 Mayor Gerandy Danao has won his reelection bid in Narra town in Palawan. (Photo from his Facebook page)

Danao, who was slapped with a 14-month suspension in 2020, secured his second term as town mayor after defeating yet another attempt of Demaala’s political clan to restore its rule in Narra.

The Municipal Board of Canvassers (MBOC) proclaimed Danao as mayor with 20,591 votes, defeating Clarito “Prince” Demaala IV, who got 16,659 votes.

Clarito Demaala IV is the last member of his family left in Narra politics.

Danao ended the 30-year hold of the Demaala family in 2019 when he defeated the Demaala matriarch, Lucena.

A critic of mining operations in the town during his first term, Danao said that he would let the Municipal Council review the situation and provide necessary actions.

Danao will be working with some of the reelected council members who also took part in the filing of the administrative cases against him, which resulted in his suspension in 2020.

The MBOC also proclaimed Jun Calso as the town’s vice mayor with 10, 025 votes.