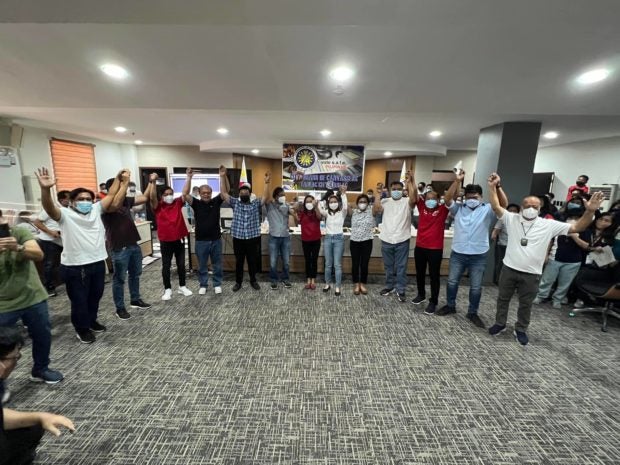 Mayor-elect Cristy Angeles (middle) and the other winners in Tarlac City’s local election raise their hands after their proclamation. (Contributed photo)

MABALACAT CITY, Pampanga––The Commission on Elections proclaimed on Tuesday, May 10, reelectionist Mayor Cristy Angeles, who ran unopposed in Tarlac City as the winning candidate in the May 9 elections.

Angeles was proclaimed, along with her running mate, reelectionist Vice Mayor Genaro Mendoza, who was also unopposed, and the winning councilors.

The mayor-elect obtained 139,644 votes, while Mendoza got 143,229 based on the election returns of 321 clustered precincts in the capital city.

Only Manalang, who ran under the Promdi political party, and independent candidate Go, do not belong to the team of Mayor Angeles.