2022 polls a ‘showcase of strength of democratic system, institutions’ — Palace 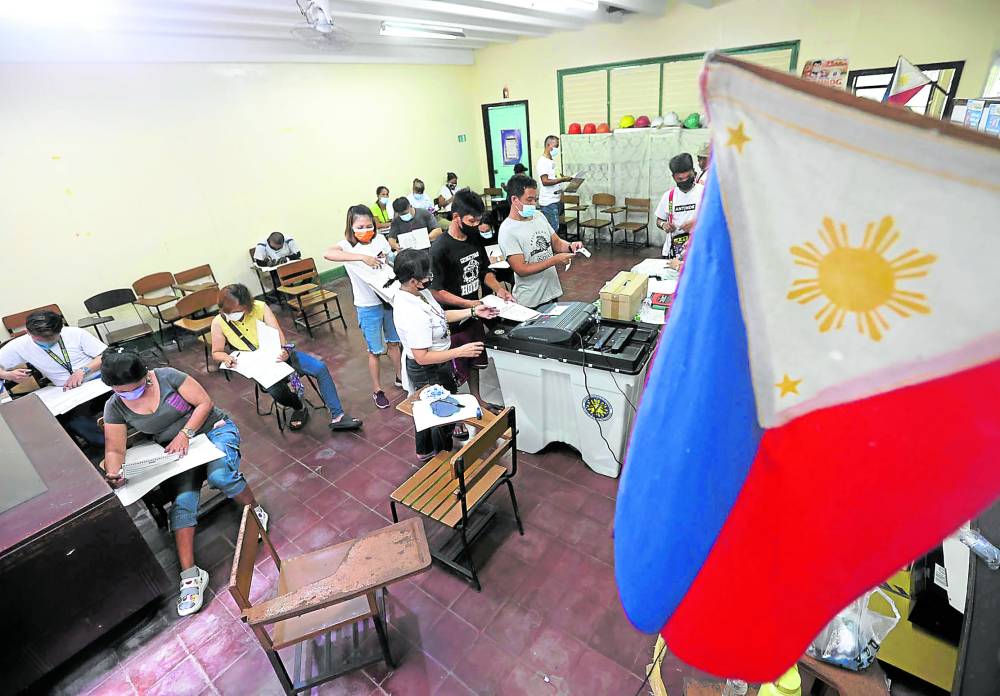 PANDEMIC POLLS Technical problems, long lines and flaring tempers mark the voting in many polling centers across the country on Monday, but overall the national and local elections went smoothly, with pandemic restrictions observed, like here at Aurora Quezon Elementary School in Quezon City. —MARIANNE BERMUDEZ

MANILA, Philippines — The 2022 elections were “showcase of strength” of the Philippines’ “democratic system and institutions,” Malacañang said Wednesday.

Acting presidential spokesperson Martin Andanar made the remark as he congratulated the public for having a “generally peaceful and orderly” May 9 polls.

“We congratulate everyone for their cooperation in ensuring the 2022 national and local elections are generally peaceful and orderly,” Andanar said in a statement.

“As we wait for the official and final results, we have to underscore that this year’s political exercise is a showcase of the strength of our democratic system and institutions.  Further, the high voter turnout is evidence of our people’s growing political interest and maturity,” he added.

The Palace likewise congratulated in advance the winners of the elections.

“The Filipino people have spoken and now is the time to heal and unite as one nation and one people,” Andanar said.

“To the winners, our advanced congratulations as you embark on new responsibilities and challenges of your office,” he continued.

Based on the electronically transmitted partial and unofficial results as of May 11, 10:47 a.m., former senator Ferdinand “Bongbong” Marcos is leading the presidential race with 31 million votes. Vice President Leni Robredo is trailing with 14.8 million votes.