Body of Russian climber who died on Everest airlifted to Kathmandu

55-year-old Pavel Kostrikin died on Camp I on Saturday evening, the second casualty of the season on the world’s tallest peak.
The Kathmandu Post/Asia News Network / 04:28 PM May 09, 2022 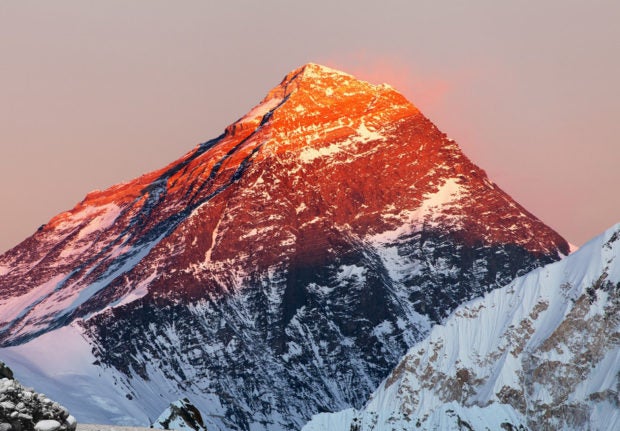 The Russian is the second casualty on Everest after, on April 14, Ngimi Tenji Sherpa’s death near the Khumbu Icefall. FILE PHOTO

KATHMANDU — The body of a Russian climber, who died on Mt Everest on Saturday evening, becoming the second casualty of the spring climbing season on the world’s tallest peak, was airlifted to Kathmandu on Sunday.

Pavel Kostrikin’s body will be handed over to his family, said Bhishma Raj Bhattarai, an official at the Department of Tourism, the government agency responsible to issue climbing permits and monitor the climbing activities.

“His family is expected to land in Kathmandu tomorrow or the day after tomorrow to take the body,” said Bhattarai.

According to Bhattarai, the Russian fell sick at Camp II when he was acclimatizing.

He was immediately rushed to Camp I where he died.

Nepal has so far issued permits for 28 Russian climbers. Among them, 17 permits have been issued to climb Everest.

In March, the Ukrainian Embassy in New Delhi issued a diplomatic request urging Nepal to forbid Russian climbers from entering the country.

But most of the agencies the Post spoke to said they have not received any official letter—either from the government or the embassy in Delhi.

Even the Nepali embassy in New Delhi said it is not aware of such a letter.

The Everest climbing season has formally started after a team of 11 Nepali high-altitude climbing guides reached the summit of Everest on Saturday evening.

The mountaineering officials said that the commercial climbing will begin from Monday onwards, depending on the weather.

The department has so far issued 316 permits for climbing Everest for this spring which last until May-end, before the monsoon sets in the country. Last year, Nepal issued permits for a record 408 climbers.

Operators said that the reduction in the numbers of Chinese climbers and the Russian-Ukraine war has reduced the number of Everest climbers this year.

The Russian is the second casualty on Everest after, on April 14, Ngimi Tenji Sherpa’s death near the Khumbu Icefall.

Sherpa was carrying equipment to Camp II and was found in a sitting position.

At least 295 people have died on Everest as of 2021, 197 on Nepal’s side, according to the Himalayan Database that archives a comprehensive record of all expeditions.

Close to 7,000 mountaineers have climbed Everest from the Nepal side since Tenzing Norgay Sherpa and New Zealander Edmund Percival Hillary first set foot atop the world’s highest peak in May 1953.

Read Next
Over half of 20-somethings in South Korea don’t plan to have children after marriage–poll
EDITORS' PICK
Honolulu Café is the cure for your Egg Tarts and Roastings cravings
Distrustful employers urged: Give hybrid work setup a chance
House energy committee chair Arroyo bats for cheap electricity
Luxe property: A way to build, preserve wealth
For the record: Duterte leaves legacy of impunity – CHR
Supermajority, family ties shape new Senate
MOST READ
Julia Barretto to say ‘yes’ if Gerald Anderson proposes: ‘I’m not scared’
3 senators vying for Senate presidency – Cayetano
No Marcos appointments to High Court until 2025
It’s gonna be all right, Taylor Swift tells NYU graduates at commencement
Don't miss out on the latest news and information.