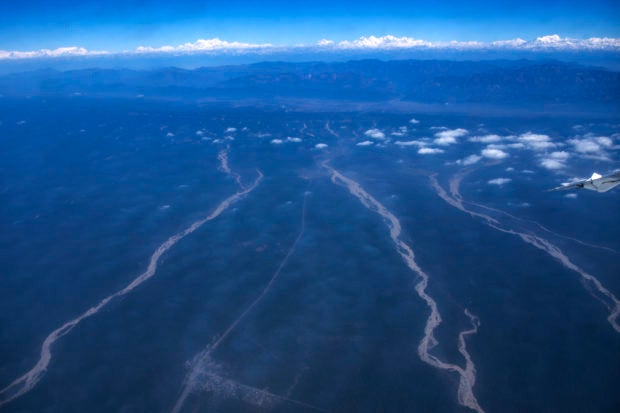 An aerial view shows Annapurna and Manaslu mountain range from an aircraft on January 22, 2020. AFP

“His body has been airlifted to Kathmandu. It is suspected that he suffered a sudden heart attack,” Bodha Raj Bhandari of Snowy Horizon Treks and Expedition told AFP.

Autumn expeditions on the Himalayas are less popular because of the shorter, colder days, snowy terrain and a narrow summit window compared to the busy spring.

Nepal has issued 253 permits for seven peaks — nearly a third of the total permits issued in spring — but none for Everest, the world’s highest mountain.

More than 700 foreign climbers rushed back to Nepal’s mountains in the spring, including a record 408 for Everest, after last year’s season was cancelled due to the coronavirus pandemic.

But the popular climbing season coincided with a new wave of Covid-19 infections, with several reports of the illness at the Himalayan base camps.

Nepal is home to eight of the world’s 14 highest peaks and the foreign climbers that flock to its mountains are a major source of national revenue.