Comelec convenes as board of canvassers for senatorial race | Inquirer News

Comelec convenes as board of canvassers for senatorial race 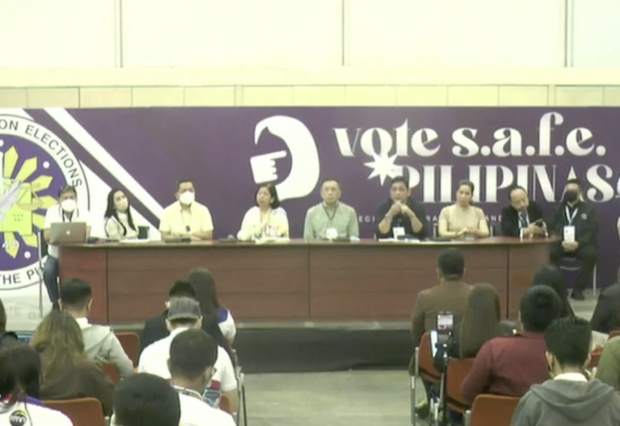 Comelec officially convenes as the National Board of Canvassers. Screengrab from Comelec livestream / Facebook

MANILA, Philippines — The Commission on Elections (Comelec) officially convened as the National Board of Canvassers (NBOC) on Monday afternoon to begin the canvassing of votes for the 2022 elections.

Earlier, Comelec Commissioner George Garcia said the country’s new senators may be proclaimed by May 15 to 16, citing previous polls.

For local positions, the Comelec may already proclaim the winners as early as the evening of the election day on May 9 up to May 10, he added.

Sitting as the NBOC, the Comelec is expected to accept certificates of canvass of votes across the country.

There are a total of 18,100 national and local posts up for grabs in this year’s elections.

Polling precincts opened at 6 a.m. and will close at 7 p.m.

But as voting began, several issues marred its opening in the morning, with power outages and faulty vote-counting machines (VCMs) being reported in some polling precincts.