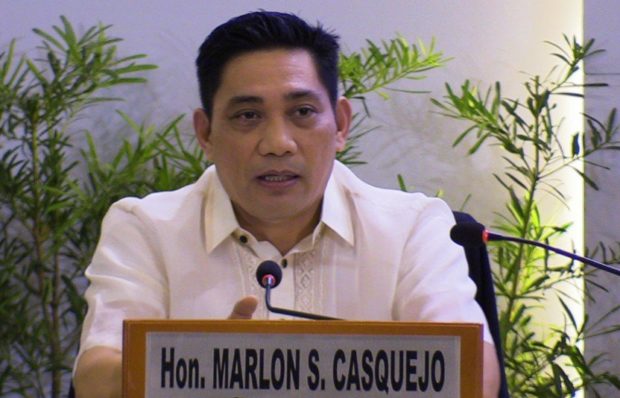 MANILA, Philippines — The current capacity of the transparency server for the May 9 polls will be sufficient to prevent a repeat of the seven-hour delay in the transmission of results that occurred during the 2019 midterm elections, a member of the Commission on Elections (Comelec) said on Saturday.

Comelec Commissioner Marlon Casquejo said that they had changed the terms of reference for the transmission of votes to the media server to avoid the same glitch in the transparency server and vote-counting machines (VCMs) that interrupted the count during the polls three years ago.

“We conducted a stress test wherein 100,000 or 50,000 votes were sent simultaneously and there was no problem,” Casquejo told reporters after a walkthrough of the servers at the University of Santo Tomas (UST) in Manila.

“So, we are confident that [with the] hardware component [and its capacity], the 2019 incident won’t happen again,” he said.

Casquejo said that there was not a single problem despite the simultaneous processing of more than 100,000 votes.

He headed the Comelec’s steering committee during the 2019 election.

Casquejo explained then that the delay in the release of the unofficial count to transparency and media servers was caused by a “bottleneck” as the system was overwhelmed.

For the sake of transparency, he said the locations of the various servers were disclosed to the public for the May 9 elections.

Casquejo said that from the VCMs in 100,000 clustered precincts nationwide, the results would be sent to various data centers. These are the transparency server in Parañaque City, the main server in Bonifacio Global City in Taguig City, the backup server in Libis, Quezon City, and the media server at UST.

To ensure the security of the system, the activities in the room where the transparency server is installed will be streamed live on all the official social media platforms of the Comelec, according to Casquejo.

The facilities where the servers would be kept are all ISO-certified data centers capable of securing devices with specific storage requirements, unlike in previous elections where they were stored in makeshift centers, he said.

Casquejo said the Comelec addressed the concerns raised regarding the capacity of the facilities to protect the servers and sustain their operation.

“Our data centers now can supply cooling [requirements] to the power and network, so we don’t have issues there anymore,” he said.