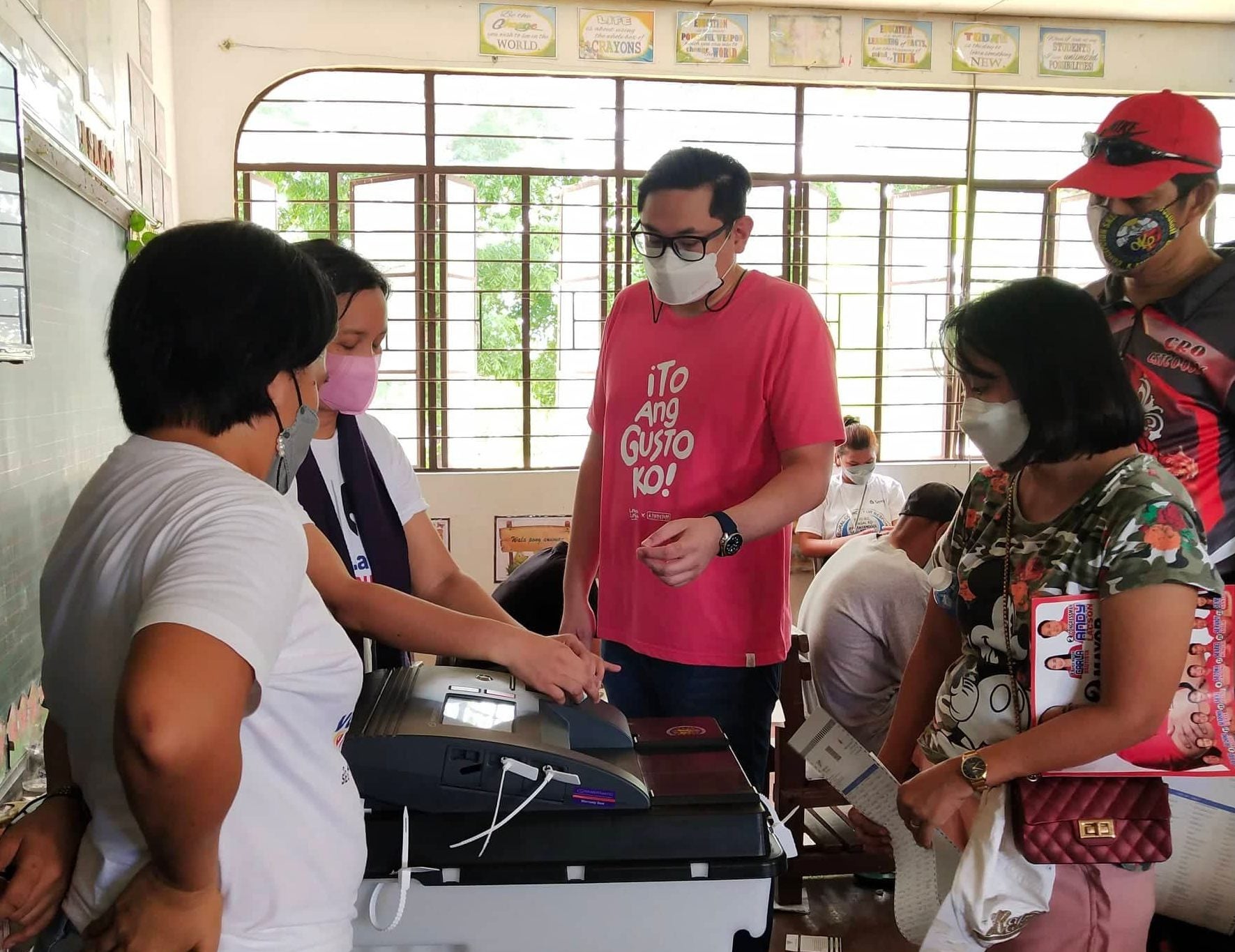 It took only 10 minutes for former senator Bam Aquino to cast his vote after waiting for two hours on Monday in line in Concepcion town, Tarlac province. (PHOTO BY MARIA ADELAIDA CALAYAG)

Kristal Clare Sumang, a support staff member of clustered precinct 100, Aquino, and other voters, had to queue for two hours because at least 50 senior citizens, pregnant women, and persons with disability (PWDs) were given priority.

Read Next
Sara Duterte thanks supporters as she casts vote in Davao City
EDITORS' PICK
A massive highway complex makes living in the South highly attractive
Beyond the Chocolate Hills: A farm-to-table, heritage culinary adventure of Bohol
WHO says monkeypox is not yet a health emergency
House energy committee chair Arroyo bats for cheap electricity
Metro Manila logged most number of new COVID-19 cases — OCTA Research
Guarding Sara: Why next VP is getting own security team
MOST READ
Leon Barretto steps up for sisters, asks dad Dennis Padilla: ‘Please stop resorting to public shaming’
LOOK: Rita Daniela pregnant with first child
Marjorie Barretto to speak up on Dennis Padilla, kids’ relationship ‘in time’
Bea Alonzo, under lie detector test, says she wants prenup agreement with future husband
Don't miss out on the latest news and information.