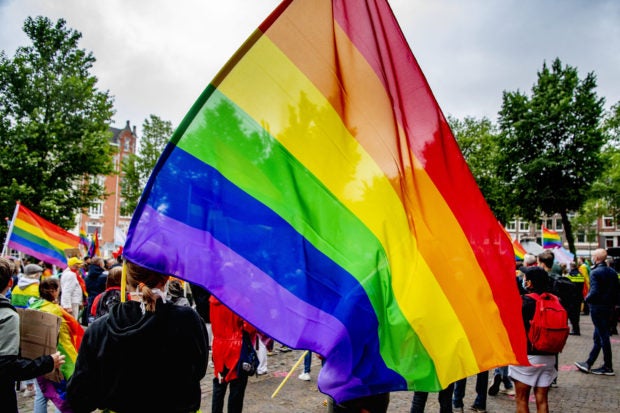 WASHINGTON—Nearly half of LGBTQ youth aged 13 to 24 in America seriously considered committing suicide last year, according to a survey released Wednesday.

The poll of nearly 34,000 people was conducted by The Trevor Project, a non-profit that works to prevent suicide among young people in the LGTBQ community.

The study found that 45 percent of respondents said they seriously considered suicide last year, and that 14 percent tried to take their life.

Among those aged 13 to 17, the share of those who said they seriously considered suicide rose to 50 percent.

Suicide attempts among young Americans rose throughout the population — especially among teenagers — during the pandemic’s two years of remote school and social isolation.

But a 2019 study by the Centers for Disease Control and Prevention already found “a significant difference” between levels of suicidal thoughts among young people, based on their sexual identity.

To wit: 14.5 percent of heterosexuals reported having seriously considered suicide but the figure shot up to 46.8 percent among those who identify as gay, lesbian or bisexual, the CDC said.

Events in recent years have only reinforced these trends, said The Trevor Project.

It said the proportion of young LGBTQ people in America who seriously considered suicide last year is up two percentage points from 2020 and five points from 2019.

Transgender teen in California kills self after bullying

Now more than ever, we must fight for LGBT+ people in science