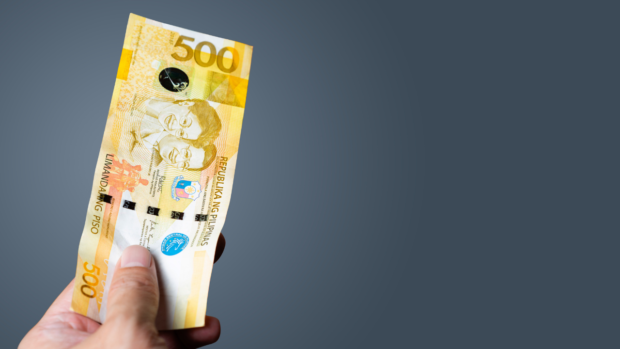 MANILA, Philippines — After pushing to rename the Ninoy Aquino International Airport (Naia), the Duterte Youth Partylist now wants to remove what the group called as “divisive” image of former senator Benigno Aquino Jr. in the P500-bill.

Under House Resolution No. 2566, Duterte Youth Partylist Rep. Ducielle Cardema urged the Bangko Sentral ng Pilipinas (BSP) to remove Aquino’s image from the P500-bill and “replace it with a more nationalistic symbol for the unity of the country.”

Cardema called the inclusion of Aquino’s image in the P500-bill “divisive.”

“The image of anti-Marcos leader, Ninoy Aquino, has been placed in the P500-bill and caused so much divisiveness in the Philippine populace because more than half support the Philippine leader whom Ninoy Aquino fought with politically,” said Cardema without citing sources to back up her claims.

Cardema cited “real wartime Philippine heroes” such as General Vicente Lim, Chief Justice Jose Abad Santos, and Josefa Llanes Escoda from the P1000 bill, saying if those who fought against foreign invaders can be removed from the Philippine currency notes, “much more is the reason behind the removal of Filipinos who only fought fellow Filipinos and caused division among Philippine society.”

A similar move, however, was junked by the Supreme Court in 2020.

The airport was renamed Ninoy Aquino International Airport in 1987 during the term of then-President Corazon Aquino, after the overthrow of late dictator Ferdinand Marcos Sr.

The airport was where then-Senator Ninoy Aquino, the staunchest critic of the Marcos regime, was shot dead on August 21, 1983, as he alighted from the plane that brought him back to the Philippines after three years of exile in the United States. 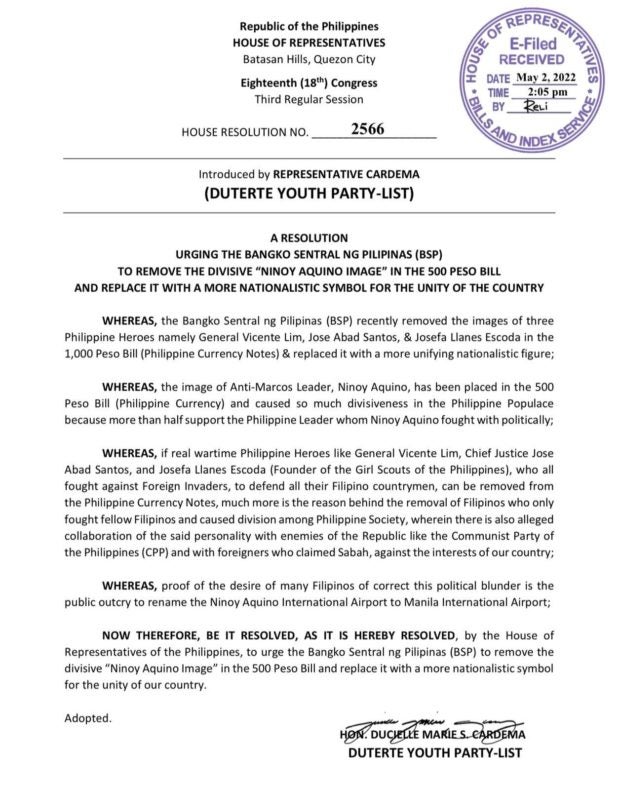