Isko Moreno vows not to shut down media outlets if elected 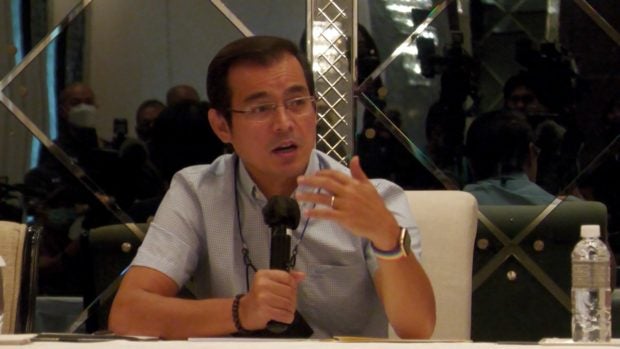 MANILA, Philippines — If elected president, Manila Mayor Francisco “Isko Moreno” Domagoso will not shut down media outlets nor will he bar reporters from asking questions.

Moreno made the statement on Tuesday, May 3, the annual celebration of World Press Freedom Day.

“This is the kind of presidency for the media. This is my kind of presidency: I will speak my mind, I’ll speak my heart. No sugarcoating,” Moreno told reporters during an ambush interview while inspecting the construction of Dr. Albert Elementary School in Sampaloc, Manila.

“This is me, this is just me. And this is the kind of presidency that I offer you. You will not be banned. I will not close down a franchise,” he added, speaking in a mix of English and Filipino.

Moreno was speaking in the context of broadcast network ABS-CBN whose renewal of a 25-year franchise was denied by the House of Representatives in 2020.

‘You should give me a gold medal’

The Manila chief executive, who noted that he is very open to the media unlike his other fellow candidates, said he deserved to have a “gold medal.”

“You should give me a gold medal, to be honest,” Moreno told reporters.

“Look at the other candidates. Can you interview them like this? Can you ask whatever you want to ask? This deserves a gold medal level – if there are gold medals for interviews,” he continued.

So far, Moreno has always granted media interviews, and neither he nor his campaign team has ever asked advanced questions.