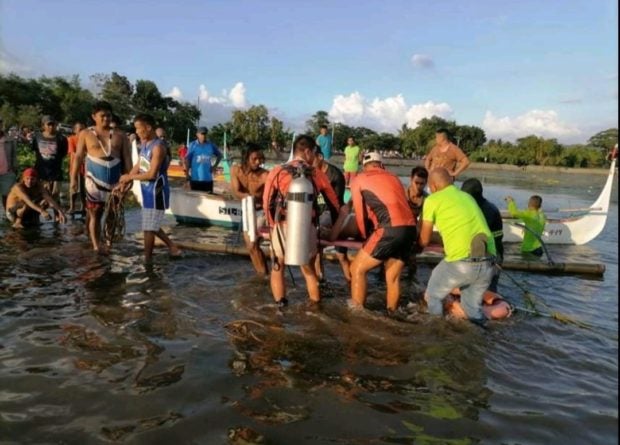 Rescuers found the body of one of two girls who drowned on Tuesday, May 3, 2022, off the coast of Balete in Batangas. (Photo from the Philippine Coast Guard)

MANILA, Philippines — Rescuers recovered on Tuesday the bodies of two girls who had drowned in Taal Lake off the coast of Balete town in Batangas as they continued to search for three more children who remained missing.

The five children went swimming off the coast of Barangay Looc in Balete before being reported missing, according to the Philippine Coast Guard (PCG).

The PCG dispatched a search and rescue team, which was assisted by the Balete Municipal Disaster Risk Reduction and Management Office, and local officials.

At about 5:05 p.m. on Tuesday, they found the body of an 8-year-old girl about 10 meters from the shoreline and 15 feet underwater.

Fifteen minutes later, they found the body of a 12-year-old girl nearby.

The bodies were taken to the San Fernando Funeral in Barangay Marawoy in Lipa City, Batangas.