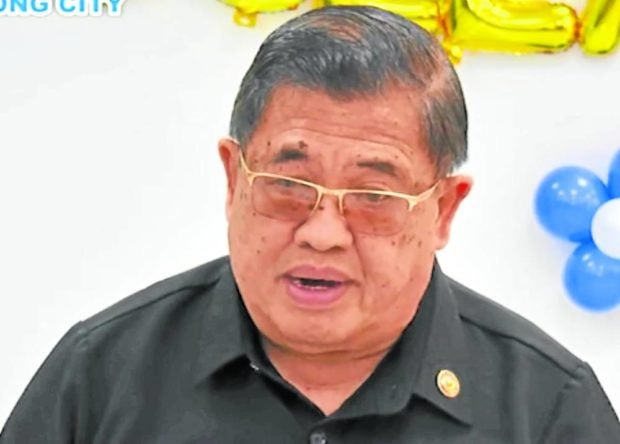 “As far as I am concerned, that memo alone has no legal effect at all,” Mama-o said in a Teleradyo interview.

“It was not signed by Medialdea. It was signed by an official, I don’t know, of the Office of the Executive Secretary.”

Mama-o explained that signing a document for an office, in this case, the Office of the Executive Secretary, is not allowed.

“I asked the court division of Malacañang the name of the official concerned because what he had done was not in accordance with the law. You cannot sign for the President. You cannot sign for Medialdea, because the delegated authority to the executive secretary cannot be further delegated,” he added.

The Department of Labor and Employment recently said that the IRR of the agency had been nullified, citing a memorandum from the Office of the Executive Secretary dated April 18, stating that “the President interposes no objection to the submitted IRR” of the transition committee.

The DMW transition committee wanted to nullify the IRR issued by Mama-o.

Labor Secretary Silvestre Bello III has said that the DMW “shall not be constituted” unless there is an appropriation for the newly-created agency in the 2023 General Appropriations Act, an effective IRR, and a staffing pattern.

Bello said it is “ultra vires” or beyond the power of Mama-o to lift the deployment ban in Saudi since the DMW is yet to be constituted.

Senate Minority Leader Franklin Drilon on Thursday also called on President Rodrigo Duterte to intervene due to the “confusion” within the DMW mandates.

In December 2021, Duterte signed the measure creating the DMW to consolidate all relevant agencies under one office to make it easier for migrant workers to get their documents and seek help from the government.