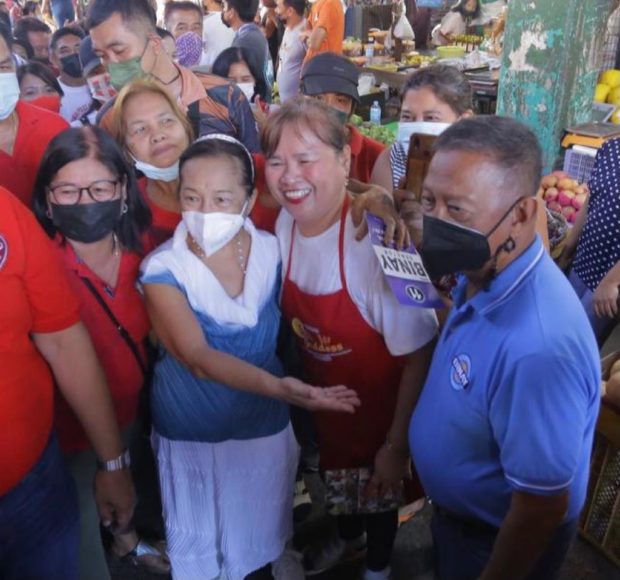 Arroyo joined Binay during his market tour at Angeles Market and San Fernando Public Market in Pampanga. They were accompanied by several local officials.

The Makabayan bloc, on the other hand, announced the inclusion of Binay in the list of senatorial candidates being supported by the group of progressive lawmakers.

Binay expressed his gratitude for the outpouring of support for his senatorial bid.

Binay also received pledges of support from local officials during his campaign sorties.

“I am grateful for these endorsements and expressions of support. As I have said earlier, our task is to rebuild our country from the pandemic, and to do this we need to build the broadest coalition possible behind this goal,” he said.

Binay had said he intends to pursue legislation that would provide the needed government assistance for sectors adversely affected by the pandemic and the economic lockdown.

Earlier, the former vice president asked candidates and their supporters to tone down the negative rhetoric in the closing weeks of the campaign.

He said the focus should be on what needs to be done to help sectors affected by the pandemic.

“The coming years will not be easy, and it is important that we never lose our focus on what needs to be done to improve the lives of our countrymen who have been displaced by the pandemic,” Binay said.

“Partisan politics should take a backseat to the urgent task of rebuilding the country. We need to work together after the elections, but we cannot do that if the atmosphere has been poisoned by malice and animosity,” Binay said.

Binay is running for senator under the United Nationalist Alliance (UNA).