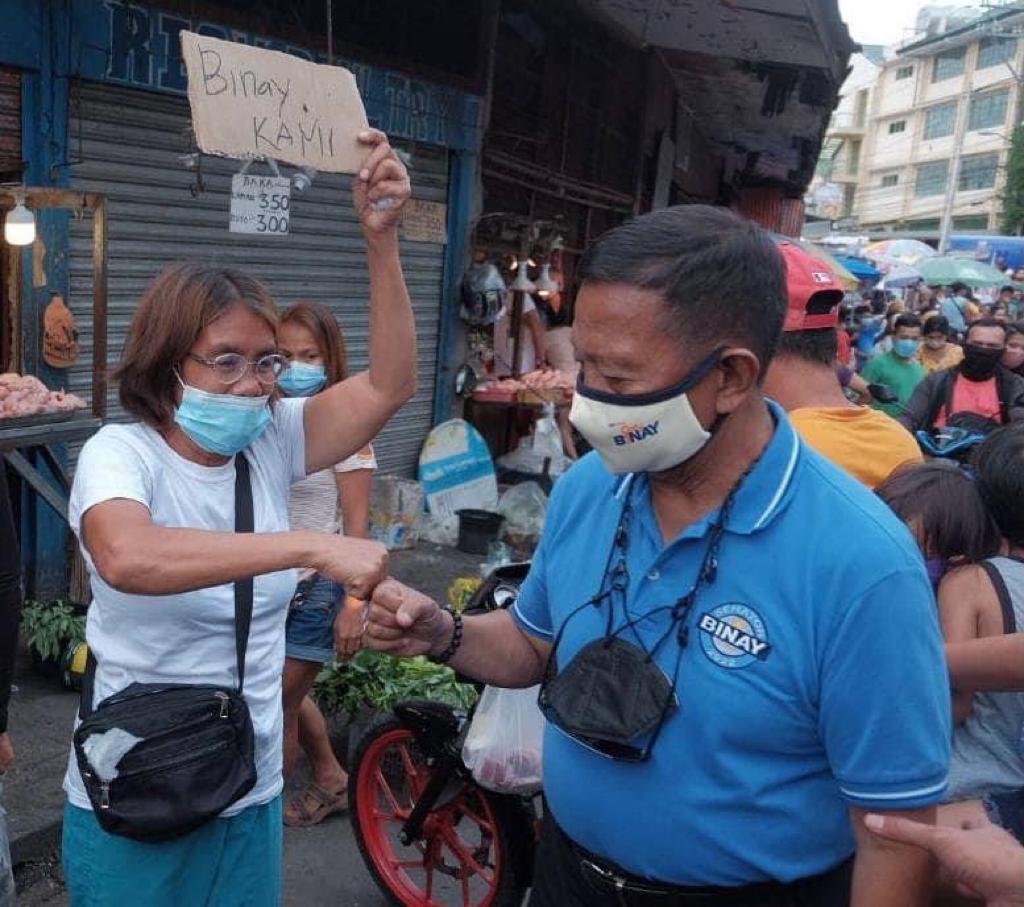 A vendor welcomes former Vice President and senatorial bet Jejomar Binay with a sign that says “Binay Kami!” during a recent visit to a public market in Caloocan City.

MANILA, Philippines — Former vice president and senatorial candidate Jejomar Binay is urging the government to ensure the timely release of government aid to sectors affected by the rising cost of fuel products.

Binay, who is running for senator under the United Nationalist Alliance (UNA), said the country is facing an “unfolding crisis.”

“We have a possible crisis unfolding before us. By now, it should be clear from our experience with the pandemic that our authorities need to be proactive,” he said.

He added that authorities should review the lessons from the distribution of cash aid under the Social Amelioration Program (SAP) and seriously consider using digital cash transfers.

“This system not only minimizes crowding at distribution sites, but is more efficient,” he said.

At the same time, Binay welcomes the move by the Department of Labor and Employment (DOLE) in tackling the issue of hiking the minimum wage in the National Capital Region.

He said both workers and small business owners have been displaced by the pandemic.

“In tacking the issue of raising the minimum wage, the wage councils must be able to strike a balance,” he said.

“The wage subsidy can be in the form of a grant, with no obligation to repay. The amount should be given directly to workers, similar to what Makati extended to MSMEs in the city,” he said.

He had proposed the grant of fuel subsidies for public utility drivers, cash or food subsidies for the poor, and price ceilings on basic goods.

The Department of Budget and Management (DBM) has released a total of P2.5 billion to the Department of Transportation (DOTr) as fuel subsidy for some 377,000 public utility drivers.

The DBM also released P500 million through the Department of Agriculture (DA) as fuel subsidy for farmers and fishermen.