newsinfo / Nation
Nation
'it’s dangerous to let this be normal’ 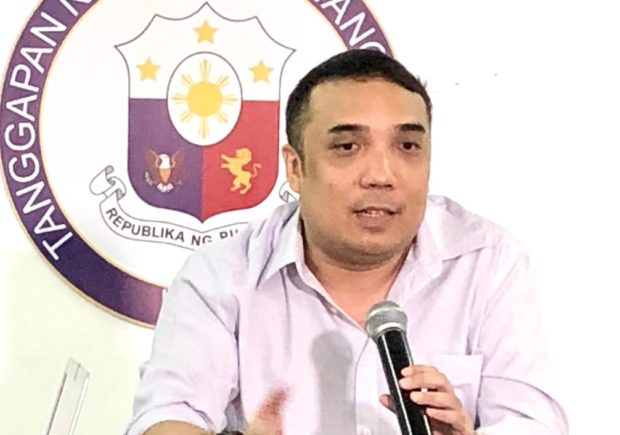 MANILA, Philippines — The camp of Vice President Leni Robredo is poised to seek legal action against the journalists and news organizations that ran a fake story about the presidential candidate, with his spokesperson saying on Monday that it is dangerous to let these actions be the norm.

Lawyer Barry Gutierrez, Robredo’s spokesperson, said that while they have been accustomed to facing fake information about Robredo on a regular basis since her election as Vice President, the recent attacks against her are different as the misleading content was carried by news organizations.

Gutierrez did not mention what specific news outlets the camp is referring to, but at least two print publications and one television network have reported that exiled communist leader Jose Maria Sison has been advising Robredo — which both sides denied.

(Now, this recent issue regarding Joma Sison, the difference here is that it was released through a newspaper.  This is not being anonymous anymore, like spreading fake news through Facebook or Youtube, there is really a byline involved, it was released in a newspaper.)

(That’s why VP Leni mentioned the other day in her statement, that our legal team is studying this and that we really intend to pursue legal action because this is not right.  This kind of fabrication, an invention, is really a lie.  This should not be corrected only, we cannot let this pass.)

Gutierrez said that even if the legal course may be long — and resolution of the possible cases may go past the election season — there is a need to call out media organizations publishing fake content like the accusations that Sison is advising Robredo.

If they refrain from speaking out on these issues, Gutierrez said they are worried that these activities may become the norm for these journalists’ reportage.

(You cannot do anything but call them out, because unfortunately our justice system is slow.  But in this case, if we do not pursue accountability — especially as these are not anonymous people but members of the journalistic profession, we might see these actions becoming a norm during elections.)

(Not only during elections but in any other political discussions, right?  You can invent, make any falsehoods, and if we would just let this slip, then we may send the wrong signal that they can repeat this.  We don’t want that to happen, so we really intend to pursue this particular case.)

On Saturday morning, Robredo came out with a statement clarifying that she has never talked — either personally or on any official function — with Sison.  For his part, Sison, who founded the Communist Party of the Philippines (CPP), denied issuing the statement attributed to him by certain news sites.

As Gutierrez had said, this is not the first time Robredo was red-tagged, or linked to communist rebels, over the course of the campaign season.  After her rally in General Trias, Cavite drew over 40,000 participants, a local official claimed that people who attended the event were trained by the CPP and the National Democratic Front (NDF).

Fellow presidential bet Senator Panfilo Lacson also warned the public and Robredo’s camp about possible infiltration of communist rebels.  Robredo’s camp and her supporters on the ground have denied such claims, saying that it is an insult to the people of Cavite who only want good governance.

Robredo and her family have been victims of several disinformation campaigns in the past, even before the Vice President announced her candidacy.  A few months ago, fact-checker Tsek.ph said that Robredo is the biggest victim of negative misinformation.