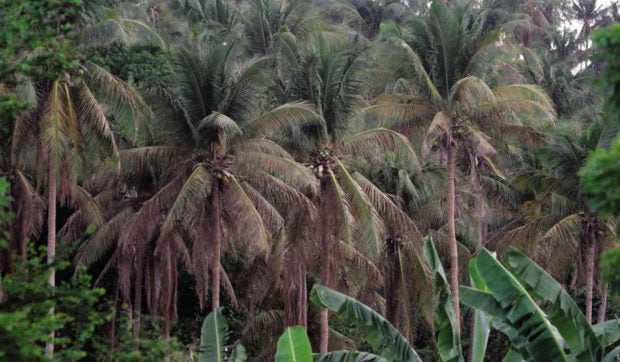 MANILA, Philippines — The Department of Agriculture (DA) is investigating the purported illegal entry of palm oil into the country, including its officials and staff who are allegedly in cahoots with smugglers of agricultural produce.

“In fact, we have been investigating the alleged smuggling of palm oil as animal feeds but is processed as cooking oil for human consumption as early as last year,” the DA said in a statement on Thursday read by Agriculture Undersecretary Fermin Adriano.

This was after Albay Rep. Joey Salceda raised the issue of palm oil smuggling during the House ways and means committee hearing on Tuesday.

Salceda, who chairs the House panel, claimed the government lost some P45 billion in revenues because palm oil was misdeclared as animal feeds. He said a 15-percent duty was supposed to be slapped on imported palm oil for human consumption.

Not covered by VAT

In the Philippines, palm oil as animal feeds can be imported at zero tariff and is not covered by the 12-percent value-added tax (VAT).

However, the DA said it had no police powers to apprehend and prosecute suspected smugglers under existing laws and regulations, although it had already sought the assistance of other government agencies to stop this illegal activity.

Only recently, it requested the Anti-Red Tape Authority (Arta) to look into the problem and Arta flagged the “huge discrepancy” in the importation data from the Bureau of Customs (BOC) and the DA.

Data from the BOC showed palm oil imports reached 55.49 million kilos in 2020, against the 40.63 million kilograms recorded by the Bureau of Animal Industry (BAI) in the same year. The BAI is an attached agency of the DA that promotes the development of the livestock industry.

In 2016, the BOC recorded that the country imported 1.18 million kg of palm oil, lower than the BAI’s import volume of 2.42 million kg.

The Arta also noted that the Food and Drug Administration issues a certification that the imported palm oil is unfit for consumption, one of the requirements to obtain VAT exemption from the Bureau of Internal Revenue, but the tax agency has entrusted to the BAI this responsibility of granting exemptions in September last year.

The antired tape body then recommended to the DA the conduct of an internal probe on the difference between the importation data with VAT exemption against the BOC’s record on the actual arrival of imported palm oil.

Smuggling of palm oil is tantamount to economic sabotage under Republic Act No. 10845 (An Act Declaring Large-scale Agricultural Smuggling as Economic Sabotage), which was signed into law in 2016. The law applies to shipments worth at least P1 million for the majority of farm products or a minimum of P10 million for rice.

Michael Ricafort, chief economist of Rizal Commercial Banking Corp., said that while the proliferation of smuggling activities could slash prices of food items, this would translate to lower income for the government that, in turn, could have been used to fund various projects or even slash its debt.

“Smuggling of agricultural products would deprive the government of revenue collections that are also needed to pay for the various COVID-19 programs over the past two years,” Ricafort said in a Viber message to the Inquirer.

He noted that the entry of smuggled agricultural goods also posed a serious threat to the consumers’ health, especially if they did not pass through inspection or other safety processes.

The country’s palm oil industry is relatively small with about 100,000 hectares of agricultural land allotted for planting palm oil, Adriano told the Inquirer in a Viber message.

In 2019, as copra prices slid, hurting local coconut farmers, the DA called for a ban on the entry of imported palm oil from Malaysia and Indonesia into the country.

Imported palm oil competes directly with local coconut oil as they are both used in the manufacturing of cooking oil.

According to then Agriculture Secretary Emmanuel Piñol, the recommendation to ban the importation of palm oil was made as early as 2018, following reports that the European Union had imposed a ban on palm oil from Malaysia and Indonesia over “environmental issues.”

In 2017, palm oil that entered the Philippines from Malaysia and Indonesia reached 200 million kilos.

Importation data gathered by the agency showed that exports of palm oil to the Philippines from Malaysia and Indonesia had increased by 100 percent over the three years prior to 2019.

The governments of the Philippines, Malaysia and Indonesia also agreed in 2019 to create a tripartite technical working group to address the dumping of palm oil into the Philippine market.

Some of the recommendations from the DA were the monitoring by Malaysia and Indonesia of reports of smuggling of crude and refined palm oil into the Philippines and for the two countries to open up their markets to Philippine coconut-based products “to correct the trade imbalance.” —With a report from INQUIRER RESEARCH