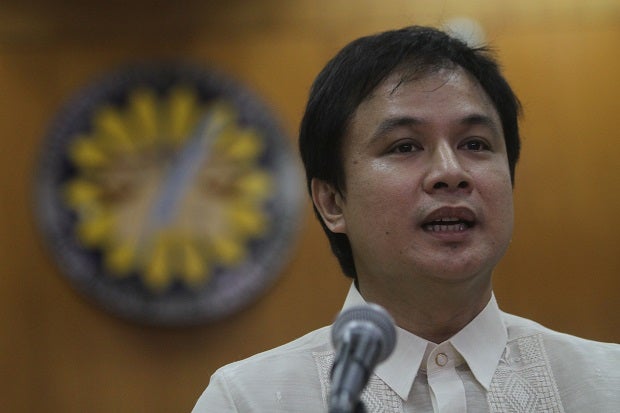 Hernandez, who has been silent about his presidential endorsement despite already backing the vice presidential bid of Inday Sara Duterte-Carpio, made the announcement Thursday as he introduced Marcos during UniTeam’s rally here on Thursday night.

(The whole PDP-Laban leadership together with other parties are here for one goal. I, Governor Hernandez, as the president of PDP-Laban in Laguna, declare the Marcos-Duterte tandem as my president and Vice President.)

During the UniTeam rally in Biñan, Laguna governor Ramil Hernandez, who has been silent about his presidential endorsement, formally announces his support towards Bongbong Marcos. Laguna is the 4th most vote-rich province in the country. 📸: Lakas-CMD pic.twitter.com/yNaBCMk91B

In March, Hernandez endorsed Marcos’ runningmate, Duterte-Carpio. The vice presidential candidate was even declared by the provincial board of Laguna as an adopted daughter of province.

Back then, the media tried asking Hernandez about his endorsement for the presidential post, but he did not respond.

This was not the first time that the Marcos-Duterte tandem visited the province of Laguna. After all, the province is the fourth most vote-rich province in the country and is home to more than 2.04 million voters.

In his speech, Marcos once again put in the forefront his call for unity, expressing beliefs that it is the first step to the country’s recovery from the coronavirus pandemic.