Sara Duterte now an adopted daughter of Laguna; no word yet on Bongbong | Inquirer News

Sara Duterte now an adopted daughter of Laguna; no word yet on Bongbong 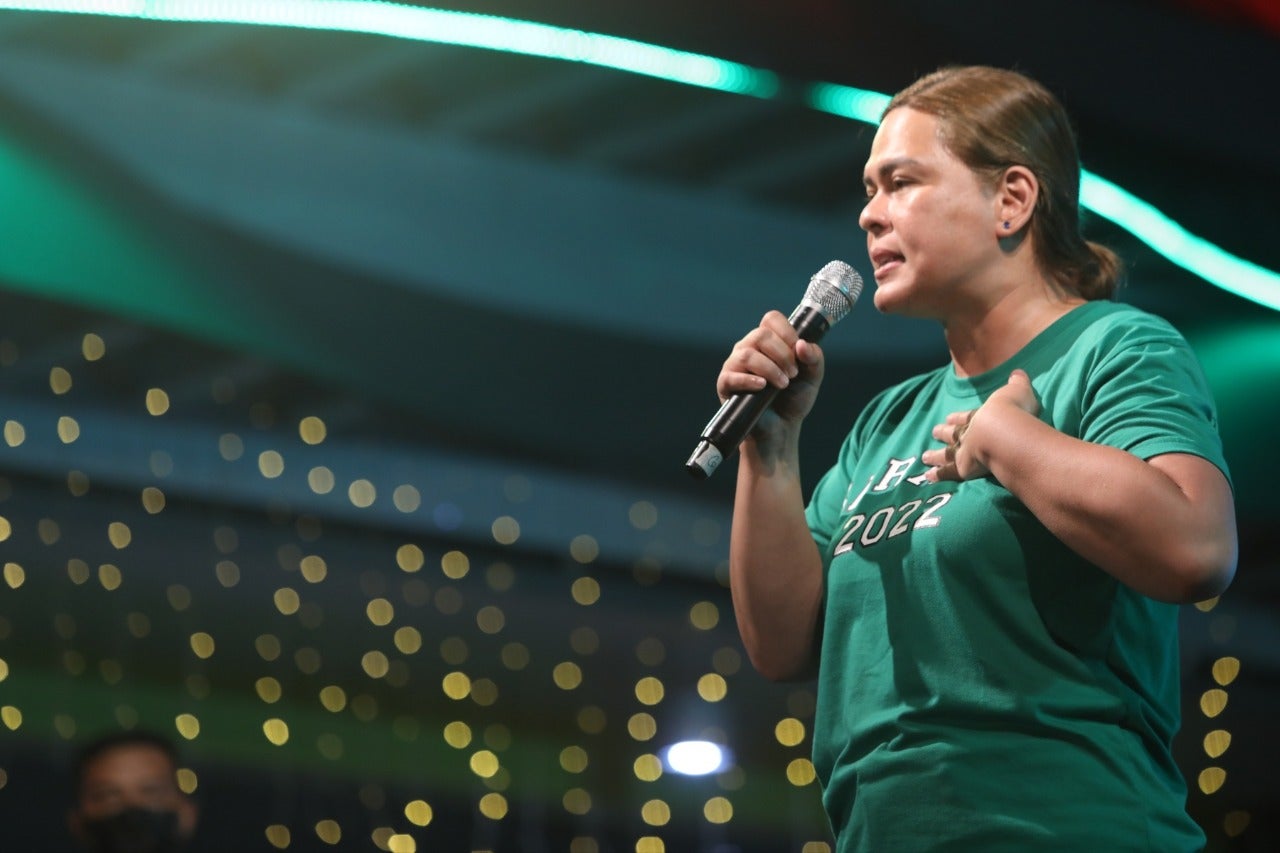 MANILA, Philippines — Vice presidential candidate Inday Sara Duterte-Carpio has been declared an adopted daughter of the province of Laguna—but no word yet regarding her running mate Ferdinand “Bongbong” Marcos Jr.

The decision of the provincial council was disclosed Thursday by Laguna Vice Governor Karen Agapay during Duterte-Carpio’s meeting with barangay volunteers workers, barangay nutrition scholars, and a women’s group in the province.

(This resolution was unanimously passed by the provincial council of Laguna led by our governor Ramil Hernandez. This resolution recognizes Mayor Inday Sara Duterte-Carpio as an adopted daughter of Laguna.)

(She is a reflection of the intelligence of our national hero Dr. Jose Rizal and of course the grace of Maria Makiling.)

(We will deliberate on that since PDP-Laban endorsed Mayor Sara Duterte first.)

Agapay was referring to the decision of one of the factions of PDP-Laban, led by Energy Secretary Alfonso Cusi, to adopt Duterte-Carpio as its vice presidential candidate back in January this year.

Marcos Jr.  was also endorsed by the same faction on Tuesday.

Meanwhile, Duterte-Carpio said it is an “honor” to be declared an adopted daughter of the province, the fourth most vote-rich province in the country with over 2.04 million voters.

(I thank the provincial government of Laguna for declaring me as an adopted daughter of Laguna and it’s an honor.)