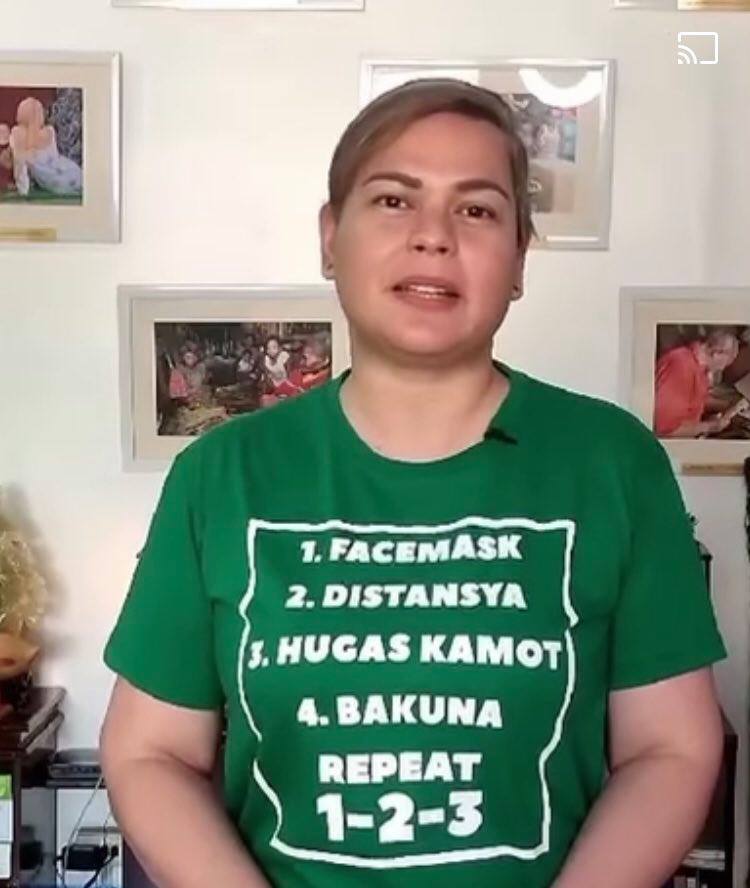 The PDP-Laban wing said it is already finalizing the terms of its alliance agreement with Duterte-Carpio’s Lakas CMD party.

“The decision to adopt Mayor Sara has been made by the PDP Laban National Executive Committee based on her credentials, advocacies, and vision for our Nation,” the PDP-Laban wing said in a statement.

“Based on these, the PDP Laban has decided that the quality of her advocacies and vision are strongly aligned with that of the party,” it added.

The PDP-Laban wing said Duterte-Carpio’s quality of her leadership and track record “make her most qualified for the position she is now aspiring for and therefore deserves the party’s support.”

“The party believes that Mayor Sara’s election to the vice presidency will help ensure the continuity of the vital programs of the current administration which now constitute the legacy to our Nation of PDP Laban Chairman, President Rodrigo Duterte,” the wing said.

Asked if the wing will also adopt Duterte-Carpio’s running mate Ferdinand “Bongbong” Marcos Jr. who is vying for the presidential post, Cusi said they are still in the process of evaluating among the presidential candidates would best continue the programs of the current administration.

President Rodrigo Duterte has criticized Marcos and at one point calling the latter a “weak leader.”

Cusi said the party is not discriminating against any presidential candidate and that all aspirants are being considered—including Senator Manny Pacquiao who had a rift with Cusi’s PDP-Laban wing.

In the case of Marcos, Cusi said they “still have to be convinced.”

“It’s not just a question of what you hear, what they say. What’s important is what you do,” Cusi said.

(For politicians, they will promise heaven and hell. But what’s important is what will you do? It’s the credibility of the person.)

Should the party not end up with a decision, Cusi said it is also possible that his wing will not be backing any presidential candidate.