Robredo to mark birthday with ‘grand rally’ in Pasay City 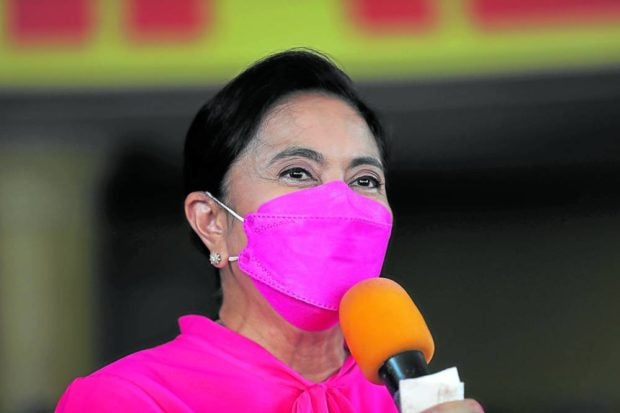 The event is initiated and organized by supporters and volunteers as a “birthday gift” to the vice president, Tañada said in a statement.

(Even if it’s her birthday, she chose to spend it with Filipinos. For her, her family is her fellow Filipinos.)

Organizers, according to Tañada, expressed hope to outdo all the previous political rallies of Robredo in terms of the number of attendees, targeting mostly those still undecided and her new supporters.

“Makikita naman natin ito sa darating na Sabado [We will see this on Saturday],” Tañada said as he sees “hundreds of thousands” of people trooping to Macapagal Boulevard for Robredo’s “birthday party.”

The event, he noted, will be dubbed “Ang Araw ni Leni, Araw Nating Lahat [Leni’s day is a day for all of us].”

Organizers are encouraging supporters to bring friends or family members who are either undecided or are voting for another candidate to attend the event’s “Art Jam,” “Street Party,” and “People’s Rally,” Tañada said.

“All colors now are welcome,” he added following the revamp of Robredo-Pangilinan campaign logo into a multi-colored flower in a bid to signify unity.

Tañada encouraged those attending Saturday’s event to wear the colors of their aspirations: white for good health, blue for jobs generation, yellow for better education, red for food security, pink for a better life, and other colors.