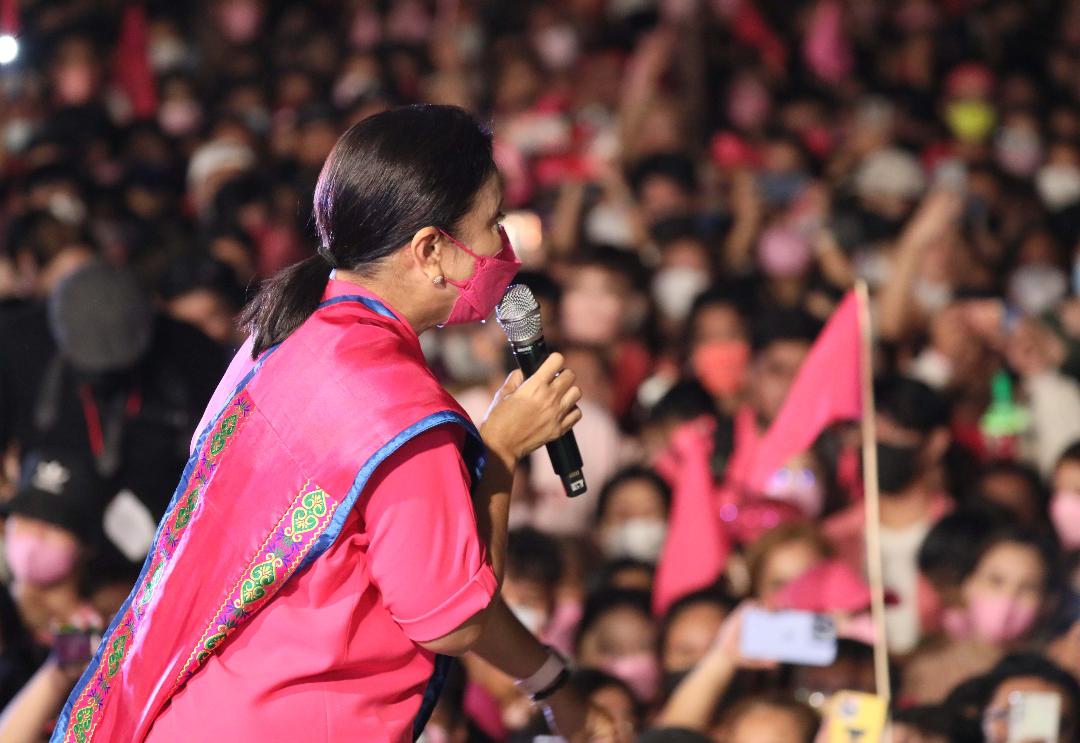 This, following the launch of Robredo’s campaign logo, which is seen to bring “together citizens from all walks of life.”

Tañada described the new logo as a “fitting symbol of the diversity of what is essentially a people’s campaign.”

“We are all united for love of country and in the belief of a better future under a Robredo presidency,” he added.

The revamped logo also “reaffirms what we really are since Day One: A big tent that welcomes people from all social and economic backgrounds, and without regard to their previous campaign colors,” he further said.

He said it is a response to the “non-stop mass exodus of people and their leaders from other camps” who have backed Robredo’s presidential bid.

He attributed this to what he said is the “nice, patient groundwork of our happy volunteers and the superior program of action of the Leni-Kiko tandem.”

“As I said, ours is a happy campaign,” he said, adding that grassroots expansion has been helped by the “glitz and glamor factor” of celebrities and influencers showing their support for Robredo.

“All the stars have come down to VP Leni’s side,” he said.

“But that is just one sector, although visible,” he added. “Doctors, lawyers, schools, businessmen, laity — the country’s biggest — have also endorsed the vice president and Senator Kiko.”