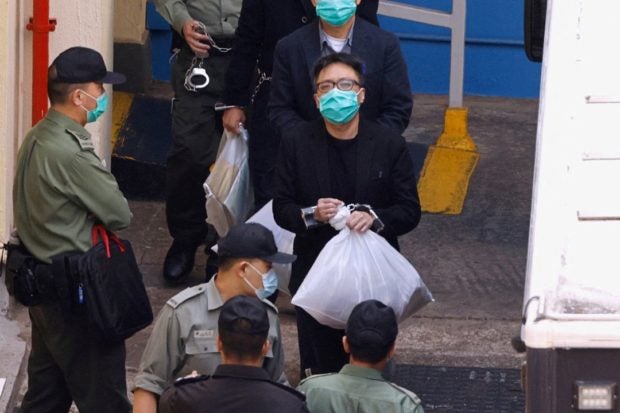 HONG KONG — A Hong Kong opposition activist was jailed for 40 months on Wednesday after the city’s first sedition trial since its handover from British to Chinese rule nearly 25 years ago.

Sentencing politician and former radio host Tam Tak-chi in the District Court, judge Stanley Chan said he could not ignore the “social-political reality” of Hong Kong given the protracted protests and violence that rocked the city in 2019.

Noting Tam’s offences took place in the first half of 2020, Chan said in his judgement that “the court could not take away the social and political reality as the background for sentencing, which also allowed a better understanding of the seriousness of the defendant’s crime and its political purpose.”

He sentenced Tam on 11 charges that included uttering seditious words, public disorder and incitement to take part in an unauthorised assembly. Tam was also fined HK$5,000 ($638).

Tam was arrested in July 2020 – weeks after Beijing imposed a sweeping national security law on the city.

While the charges involved existing offences that pre-dated the new law, his case was dealt with by judge Chan, part of a new panel selected by Hong Kong Chief Executive Carrie Lam to handle national security cases.

Tam’s defence lawyers said in court that he had long been passionate about politics and social issues and wanted change for society, not his own benefits.

Legal scholars have said the colonial-era sedition offence had not been used for decades, but is likely to be used more after the security law was imposed.

Other activists have since been jailed for sedition offences after Tam’s arrest.

Western governments and other critics say the national security law has put freedoms at risk with tough bail provisions and expanded police powers under a legal regime that punishes subversion, terrorism and collusion with foreign forces with up to life in prison.

Hong Kong and Chinese officials say the law was vital to ensure stability after the 2019 protests, and say prosecutions are not political.

Tam said on his Facebook page on Wednesday that he would appeal, saying “my sentencing will affect Hongkongers’ freedom of speech”.