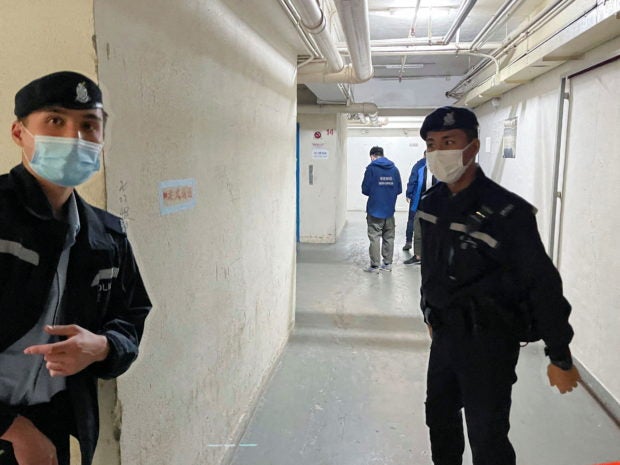 The raid further raises concerns about the freedom of speech and that of the media in the former British colony, which returned to Chinese rule in 1997 with the promise a wide range of individual rights would be protected.

Police said in a statement it was conducting a search with a warrant authorising it “to search and seize relevant journalistic materials”.

“Over 200 uniformed and plain clothes police officers have been deployed during the operation. The search operation is underway,” the statement said.

Sedition is not a crime under the sweeping national security law imposed by Beijing on the city in June 2020.

But recent court judgements have freed authorities to use powers conferred by the new legislation to deploy previously sparsely used colonial era laws, including the Crime Ordinance which covers sedition.

Authorities say the national security law has restored order after often-violent pro-democracy unrest in 2019 and that it does not curb rights and freedoms. Critics say the legislation is a tool to quash dissent.

In June, hundreds of police raided the premises of the pro-democracy newspaper Apple Daily, arresting executives for alleged “collusion with a foreign country”. The newspaper subsequently shut down.

Stand News posted a video of police arriving at the residence of Ronson Chan, its deputy assignment editor who is also the head of the Hong Kong Journalists Association.

“The charge was conspiracy to publish seditious publications. This is the court warrant and this is my warrant card. Your phone is obstructing our work,” an officer is seen saying.

Police said in a separate statement that they had arrested three men and three women, aged 34 to 73, and that searches of their homes were underway. It did not name those arrested, in line with its usual practice.

The Stand News bureau in an industrial building in the Kwun Tong working class district was partially sealed off by dozens of police, according to a Reuters reporter at the scene.

A police media liaison officer on the 14th floor said entry to the office would not be permitted given an “ongoing operation”. He declined to give further details.

Four police vans were parked downstairs as dozens of police milled around the lobby.