With rise in survey numbers, Robredo camp banks on momentum to carry her to victory | Inquirer News

With rise in survey numbers, Robredo camp banks on momentum to carry her to victory 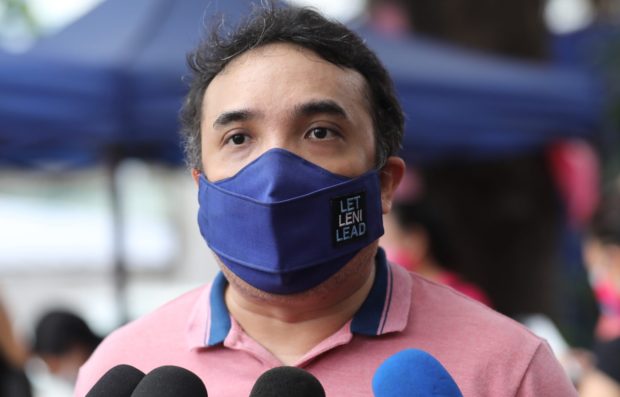 MANILA, Philippines — The camp of presidential bet Vice President Leni Robredo is “very confident” that her momentum with the rise of her survey numbers will “carry her forward to a victory” on May 9.

“One thing that I want to emphasize is, surveys are a snapshot. They are not an indication of inevitability. If anything, the sequence of snapshots we have seen over the past few weeks indicates that the VP’s numbers are going up, the momentum is with her and we are very very confident going into the last 19 days until election will carry her forward to a victory on May 9,” Robredo’s spokesperson, Atty. Barry Gutierrez, said in an ANC interview on Wednesday.

In the latest Pulse Asia survey conducted last March 17 to 21, Robredo’s voter preference grew by nine percentage points, narrowing the gap between her and current survey frontrunner former Senator Ferdinand “Bongbong” Marcos Jr., who is still considerably ahead of the popularity polls.

Meanwhile, Robredo’s camp shrugged off the recent endorsement of One Cebu party of Marcos’ presidential bid, according to Gutierrez.

“We’re not too concerned. And the reason for that is we never really factored in—as part of our general strategy from the beginning — endorsements coming from local officials,” he said. “We knew that running as opposition, running not as the official candidate of the administration, already put us at a disadvantage insofar as local endorsements are concerned. This is familiar terrain for VP Leni.”

Gutierrez cited Robredo’s congressional bid when she ran against an incumbent politician.

“She did not have a single endorsement from any of her mayors, so her strategy at that point, which is the strategy we have adopted from the start is go directly to the people and so far, we feel that that is a strategy that has paid off even in places where in provinces where we do not have local government support, the outpouring of ordinary people coming to her rallies, volunteering for her has been tremendous,” he said.

“While we are happy when local officials come forward to say that they are supporting VP Leni or supporting the tandem, that’s on top of the strategy that we are already pursuing,” he added.