US will no longer enforce mask mandate on airplanes, trains after court ruling | Inquirer News

US will no longer enforce mask mandate on airplanes, trains after court ruling 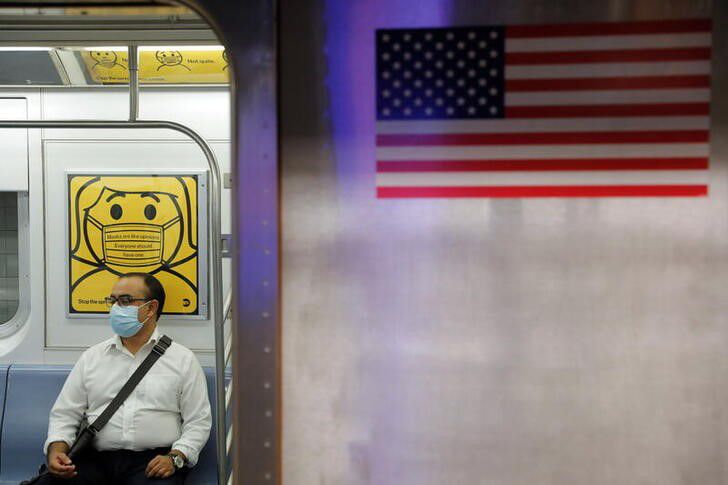 WASHINGTON/CHICAGO — The Biden administration will no longer enforce a U.S. mask mandate on public transportation, after a federal judge in Florida on Monday ruled that the 14-month-old directive was unlawful, overturning a key White House effort to reduce the spread of COVID-19.

Soon after the announcement, United Airlines (UAL.O) and Alaska Airlines (ALK.N) relaxed the restrictions effective immediately on all domestic flights.

Judge Mizelle said the U.S. Centers for Disease Control and Prevention (CDC) had exceeded its authority with the mandate, had not sought public comment and did not adequately explain its decisions.

A U.S. administration official said while the agencies were assessing potential next steps, the court’s decision meant CDC’s public transportation masking order was no longer in effect. The administration could still opt to appeal the order or seek an emergency delay in the order’s enforcement.

“Therefore, TSA will not enforce its Security Directives and Emergency Amendment requiring mask use on public transportation and transportation hubs at this time,” the official said in a statement.

The ruling comes as COVID-19 infections rise again in the United States, with 36,251 new infections reported on average each day, and 460 daily deaths, based on a seven-day average – the highest number of reported total COVID-19 deaths in the world.

Last week, U.S. health officials extended by 15 days the mandate requiring travelers to wear masks on airplanes, trains, and in taxis, ride-share vehicles or transit hubs, saying they needed time to assess the impact of a recent rise in COVID-19 cases.

The CDC first issued a public health order requiring masks in interstate transportation in February 2021. The TSA issued a security directive to enforce the CDC order.

Since January 2021, there have been a record 7,060 unruly passenger incidents reported, 70% involving masking rules, according to the FAA.

After the ruling, Sara Nelson, president of the Association of Flight Attendants, urged “calm and consistency in the airports and on planes. The last thing we need for workers on the frontlines or passengers traveling today is confusion and chaos.”

Airlines for America, which represents major U.S. passenger airlines, said after the announcement they are “strong advocates for eliminating pandemic-era policies and are encouraged by the lifting of the federal transportation mask mandate.”

The U.S. Senate voted 57-40 last month to overturn the public health order requiring masks on airplanes and other forms of public transportation, drawing a veto threat from President Joe Biden.

US to extend airplane, transit mask mandate through April 18 – official

U.S. CDC urges Americans to wear ‘most protective mask you can’

Read Next
7 nabbed for illegal cockfighting in Pampanga
EDITORS' PICK
House energy committee chair Arroyo bats for cheap electricity
How not to retire as an ex-president
Lawmakers eyeing more changes in Maharlika plan
The vivo Y02 is now available in the Philippines for only PHP 5,299
Shop smarter with vivo’s big 12.12 holiday deals
Hidilyn Diaz wins only gold missing from her collection
MOST READ
Don't miss out on the latest news and information.