Isko admits going off script in withdraw call vs Leni 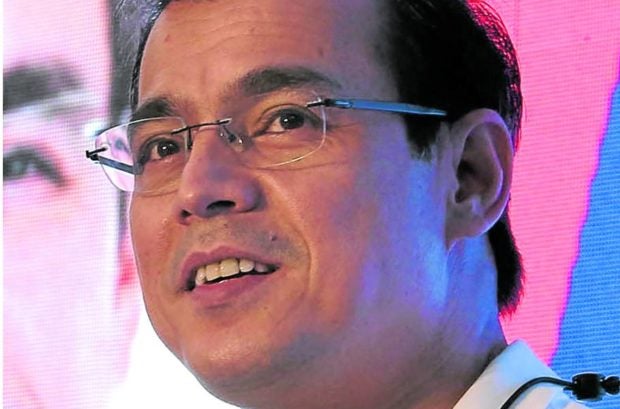 MANILA, Philippines — Manila Mayor Francisco “Isko Moreno” Domagoso went off script when he made the call for the withdrawal of Vice President Leni Robredo from the presidential race, taking even Sen. Panfilo Lacson by surprise.

Senate President Vicente Sotto III said on Monday calls for Robredo to back out was Domagoso’s alone and had nothing to do with other presidential aspirants and their running mates.

“(It) is only Moreno’s and does not in any way involve us, much less I because I was just a witness there,” he said.

“As a matter of fact, if they listened closely Mayor Moreno said, ‘this is just me, and does not include them (Lacson and former defense chief Norberto Gonzales): Instead of you telling us to withdraw, why don’t you withdraw?’” Sotto told reporters in Cebu.

Domagoso’s chief strategist Lito Banayo also confirmed to the Inquirer that the mayor’s appeal to Robredo to drop out of the race “was not a team call but an off-the-cuff comment.”

At the media event, Domagoso urged Robredo to make the “supreme sacrifice” of dropping out to allow less polarizing candidates take on Marcos Jr.

His off-the-cuff remarks promptly drew backlash on social media, overshadowing the original purpose of the three candidates to present a united front against calls purportedly coming from Robredo’s camp to make them pull out of the race.

Domagoso on Monday shrugged off the criticisms, claiming they were only coming from Robredo partisans within their own echo chambers.

“It’s only them talking. We know it’s the same people talking. There is a universe they created for their own consumption and for their own entertainment,” the Aksyon Demokratiko standard-bearer told reporters upon landing in Surigao City.

Domagoso admitted that the Robredo withdrawal call was not part of the original agenda of the press conference.

He said he was only reacting to Gonzales’ assertion that Marcos Jr.’s huge lead over Robredo in the latest polls was “more an expression of dislike for VP Leni by the electorate.”

“I didn’t know and I had no idea he would” do that, Lacson told the Inquirer on Sunday night.

But the senator said he did not see malice in the Manila mayor’s comments, which changed the tone of Sunday’s event from a united stand to outright hostility against the Vice President, currently ranked second in preelection surveys.

“In fairness to Mayor Isko, he made it clear that the ‘withdraw call’ was only his own,” Lacson said in Viber messages.

“I don’t think I was blindsided. I think he was carried away by his recollection that VP Robredo earlier asked him to do the ‘supreme sacrifice’ and withdraw,” he added.

The Aksyon Demokratiko standard-bearer had argued that Robredo’s withdrawal would raise the odds of less polarizing candidates winning against Marcos, since the latter’s voting base could be driven by anti-Robredo sentiment.

The Gabriela Women’s party described the Easter Sunday press conference by three presidential candidates as an “unabashed display of male egos as fragile as eggshells.”

Agusan del Norte Rep. Lawrence Fortun slammed as illogical the call by three presidential bets for Robredo to give way to a new second placer or withdraw.

“The call for Leni Robredo to withdraw is not only based on flawed assumptions, but outright lacking in logic,” Fortun said in a statement.

Moreno calls on Robredo to withdraw from presidential race