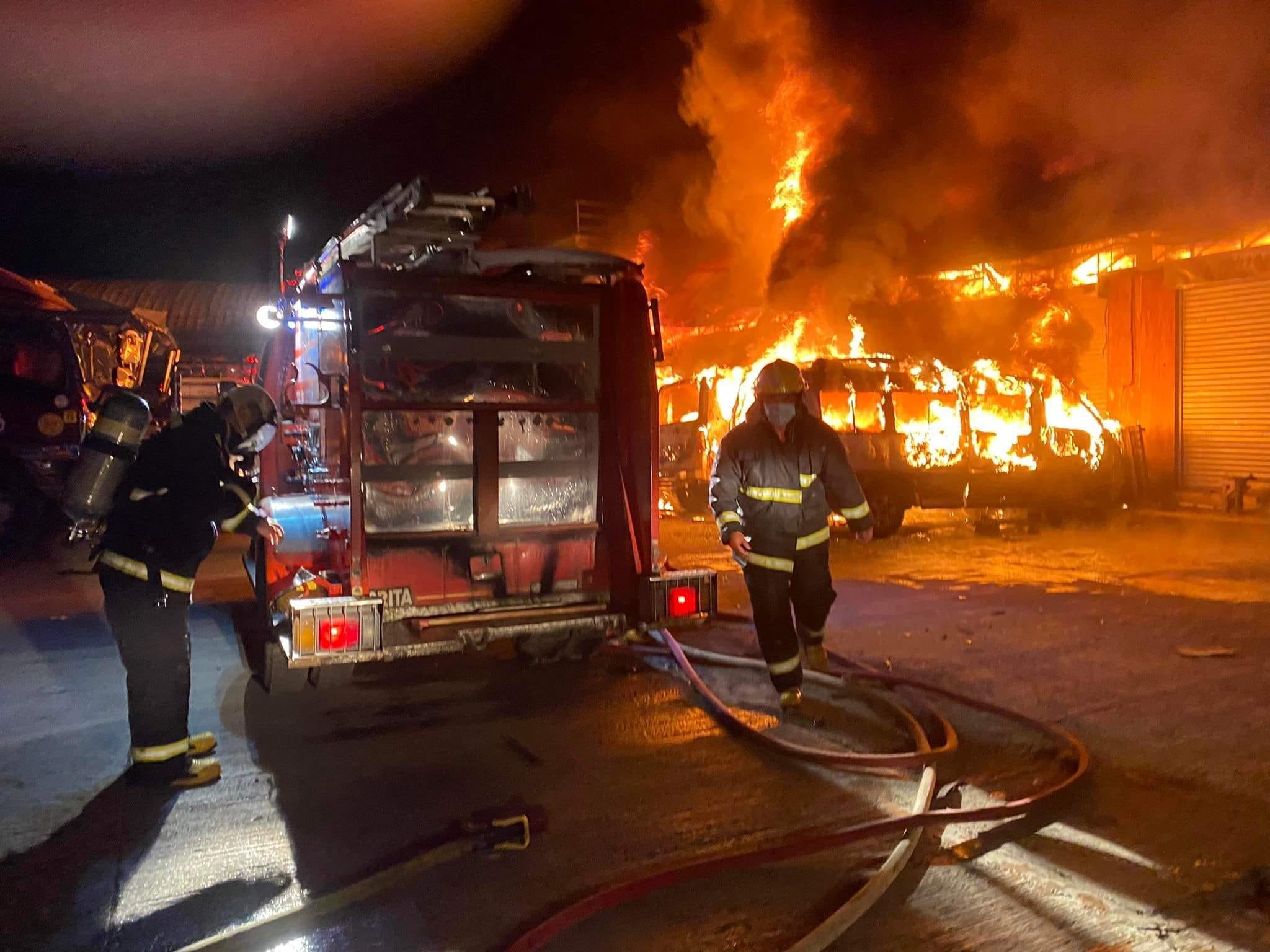 According to reports, a loud explosion was heard at around 12:55 a.m. before the fire broke out at the center.

Government and volunteer firefighters managed to extinguish the fire  at around 1:25 a.m.

Nine stalls and two vehicles were razed, according to initial reports. Authorities have yet to determine the extent of damage and the cause of the fire.

This is the second time that the center, located in Barangay (village) Puguis, was struck by fire. The first incident was on March 25.

Damage to property due to the first blaze was estimated at P30 million.