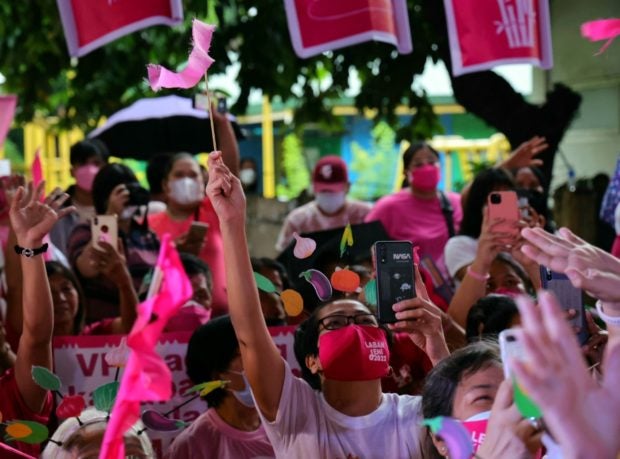 VILLASIS, Pangasinan, Philippines — They wanted to disrupt Vice President Leni Robredo’s political rally, but they ended up learning a thing or two about respect and her campaign platforms.

The rowdy group shouted “BBM,” Marcos Jr.’s initials, while Pangilinan was addressing the crowd of some 2,000 “kakampinks,” the self-ascribed moniker of Robredo’s campaign volunteers and followers, who gathered at Villasis Auditorium.

But Pangilinan just ignored the hecklers, reminding the audience to scrutinize the track record of the candidates and not to elect those who had been embroiled in corruption issues.

At one point, Marcos Jr.’s supporters tried to interrupt Robredo’s speech, prompting her to talk about the importance of respecting other people’s political beliefs.

“True unity is based on respect for one another even if we have different [political] views,” the vice president stressed.