Campaign for us, but respect others – Robredo, Pangilinan | Inquirer News 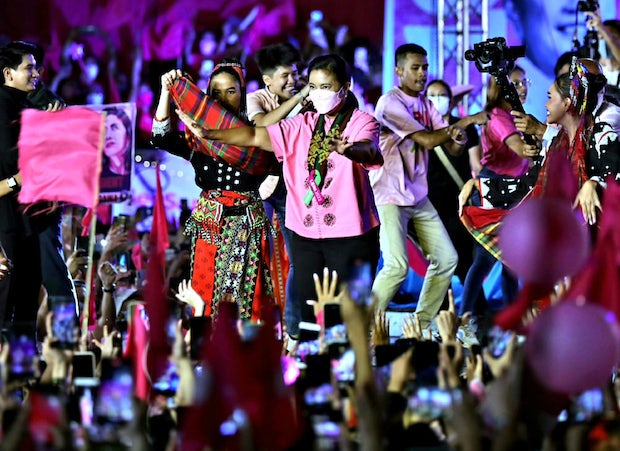 GENERAL SANTOS CITY, South Cotabato, Philippines — Campaign for us, but be respectful of those who have different beliefs, Vice President Leni Robredo and Sen. Francis Pangilinan, running for president and vice president, respectively, told supporters in their Mindanao rallies on Tuesday.

“This is my request to you. To the youth now, you are privileged to have access to a lot of information, right? That’s why you are so passionate now — because you have a lot of information. You know that what you are fighting for is right,” Robredo said in Filipino in their morning rally in Kidapawan City, Cotabato.

“But not all people have the same privilege. So my request to you is: Go beyond what you are accustomed to. It should not be that just because others have a different belief you will quarrel with them. That’s what we’re saying about radical love — that even if others have different beliefs, first of all, there’s a need for respect,” she said.

Robredo repeated the same message here in General Santos City, asking her supporters to try to talk to people backing other candidates to listen to their reasons first before explaining their own.

“I’m appealing to you now: Go beyond what we’re accustomed to,” she said. “After we have taken a stand, let’s cross over. Look for those who are not with us. Every day, talk to other people and knock on doors. Listen to the stories of others. Sympathize with those who are suffering.”

“The sad thing is that there are still people who believe in fake news, in disparaging remarks, in lies being spread on Facebook, YouTube, and Tiktok. That’s what we have to address.,” Pangilinan said.

“We have 54 days to go. We need to convince those who are unsure, those who are still thinking about, and who have been influenced by insults and by fake news.”

“Let’s bring the truth to them. Here in General Santos, we will go house to house. We volunteers will knock on doors. We will talk with those who are still not convinced, and we will explain to them what is the truth. And we have to put the truth in place — a decent and competent partnership,” he said.

Robredo and her team have embarked on a grassroots-based campaign for her presidential bid in the 2022 national elections, with communities organizing sorties reliant on volunteerism.

Several observers believe that style of campaigning will test how much influence incumbent local politicians have in their communities, as most of the sitting politicians have endorsed other presidential candidates.

While the campaign has propelled Robredo into second place in the latest surveys — from placing fourth or third during the third quarter of 2021 — she is still facing a big hurdle.

According to a Pulse Asia survey taken from Feb. 18 to 23, Robredo even lost a point — grabbing only 15 percent of respondents — if elections were held during those days. This is very far from the frontrunner, former Sen. Bongbong Marcos, who grabbed 60 percent of the votes.

Still, many supporters and even members of her camp are optimistic about Robredo’s chances, saying that the survey has not yet captured the recent massive surge of support on the ground.