Fox caught at US Capitol had rabies—city health authority 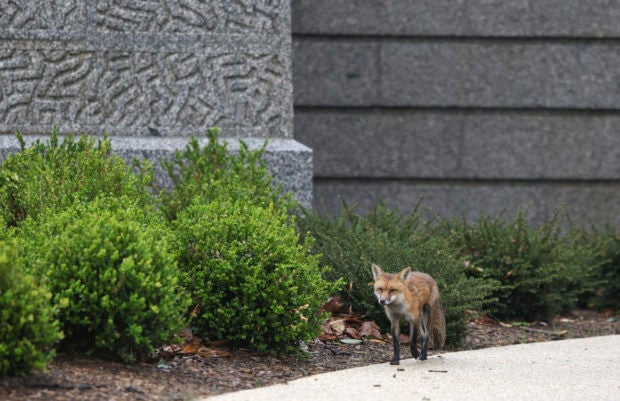 A fox walks near Upper Senate Park on the grounds of the U.S. Capitol on April 05, 2022 in Washington, DC. Several individuals have reported being approached and bitten by a fox. AFP

WASHINGTON — A fox that was put down after biting at least nine people including a congressman at the US Capitol has tested positive for rabies, public health officials said Wednesday.

DC Health in Washington told AFP that laboratory analysis of tissue samples had “confirmed the fox tested positive for the rabies virus.”

There are just one to three cases of human rabies per year in the United States, according to the Centers for Disease Control and Prevention, and the most common method of transmission is a bite that punctures the skin.

Of 25 cases from 2009 to 2019, seven were acquired abroad. Most were caused by bats, with dogs and racoons — but no foxes — also among the culprits. All except two of the infections proved fatal.

Human deaths have been declining since the 1970s, however, thanks to public health and outreach programs as well as medical advances.

“DC Health is contacting all human victims who were bitten by the fox,” the agency said.

The animal was “humanely euthanized so that rabies testing may be done” after it was identified as being responsible for nine confirmed bites at the Capitol on Monday and Tuesday.

No other foxes were found at the complex near downtown Washington, according to DC Health, but it added that more sightings should be expected as the species is known to prowl the entire urban area.

Before the episode took a dark turn, the fox’s hijinks had lit up social media, spawning a satirical Twitter account, a glut of questionable puns and a parody online store offering t-shirts bearing the legend: “I survived the Capitol Fox 2022.”

One of the animal’s victims was congressman Ami Bera, a Democrat from Sacramento, California, who shared an image of a bite mark in his suit and revealed the attack left him needing multiple precautionary shots for tetanus and rabies.

The fox also attacked a political reporter, biting her ankle from behind, as well as at least seven other members of the public.

Pets, kids and Christmas: how White House has changed under Biden

Chicken apprehended as it sneaks through Pentagon security