Chicken apprehended as it sneaks through Pentagon security | Inquirer News

Chicken apprehended as it sneaks through Pentagon security 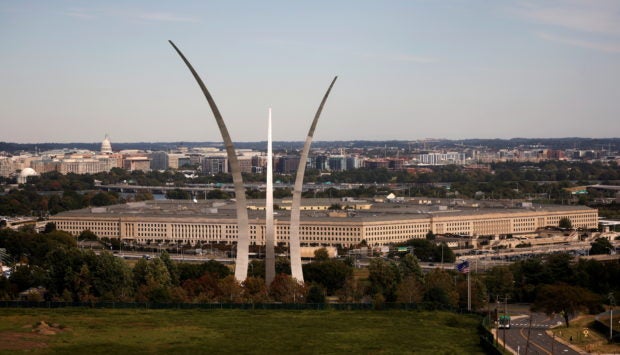 WASHINGTON — Apparently she lacked top secret clearance: a chicken was apprehended Monday in a high security zone at the Pentagon, surprising the heavily armed guards that protect the seat of the US military machine.

There was no explanation how it got there, but after being cornered in the sub-freezing weather the bird was handed over to local animal control officers.

“Our officers were called to come pick her up,” said the Animal Welfare League of Arlington in its Facebook page.

Apparently, the answer to "why did the chicken cross the road" is…. to get to the Pentagon?! Very early this morning,…

Posted by Animal Welfare League of Arlington on Monday, January 31, 2022

“Sgt Balaena brought her safely to the shelter where she’ll stay until we find a new home for her!” the organization said, posting a picture of the brown-feathered hen in a plastic carrying cage.

The League asked for suggestions for a name, pulling in numerous ideas: “Henny Penny,” after the Pentagon, several suggested.

Pentagon security did not offer any explanation for how the chicken made its way into the compound, or whether it posed any particular threat.

“I would check this chicken for bugs… and not the biological kind,” wrote one person on the League’s Facebook page.

“What a clustercluck,” wrote the Military Times.

Lab monkeys escape after US road crash, one on the loose