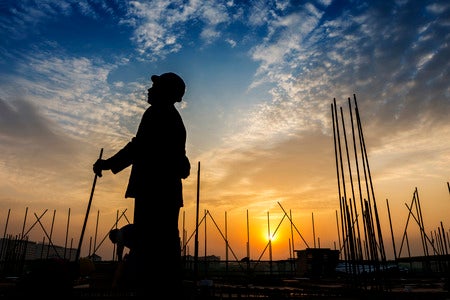 MANILA, Philippines — President Rodrigo Duterte is hoping that the Congress would rectify the vetoed provisions of the security of tenure bill, Malacañang said Thursday.

Despite promising the end of labor contractualization during his presidential campaign, Duterte vetoed the security tenure bill in 2019.

“[T]he Chief Executive explained that the version submitted by Congress ‘unduly broadens the scope and definition of prohibited labor-only contracting, effectively proscribing forms of contractualization that are not particularly unfavorable to employees involved,’” acting presidential spokesperson Martin Andanar said in a statement.

“The President hopes that Congress would rectify the vetoed provisions as he remains committed to eradicating all forms of abusive employment practices and protecting the workers’ right to security of tenure,” he added, noting that Duterte signed Executive Order No. 51 which prohibits illegal labor contracting and subcontracting but still allows some forms of contractualization.

The Palace’s remark came after Senate President Vicente Sotto III took a swipe at Duterte’s “endo” promise as it remains unfulfilled to date.