On Thursday night, Panelo confirmed in a text message that Duterte vetoed the bill.

But less than an hour after he sent the message to Palace reporters, he retracted it and said: “Security Tenure Bill not yet vetoed. PRRD still studying the pros and cons. Sorry about the error. We will know tomorrow for sure.”

READ: Panelo backtracks: Security of tenure bill not yet vetoed

The proposed law, which seeks to end the labor contracting scheme, was supposed to lapse into law by Saturday, July 27 if not acted upon.

The country’s biggest local and foreign business groups earlier urged Duterte to veto the bill as they claimed that its passage would negatively affect the Philippine economy and workers.

Meanwhile, Socioeconomic Planning Secretary Ernesto Pernia also said he believes that the Security of Tenure Bill needs a little “tweaking” to be more balanced and consider the possible impact on investment.

Ending labor contractualization was among Duterte’s promises when he assumed the presidency in 2016, but the issue was left out of the chief executive’s 4th State of the Nation Address on Monday.

READ: Duterte to hear out business groups’ objection to security of tenure bill

In his veto message, the President assured that his commitment to protect workers remains firm despite turning down the “anti-endo” bill.

“Our goal, however, has always been to target the abuse while leaving businesses free to engage in those practices beneficial to both management and the workforce,” he said.

He stressed that “while labor-only contracting must be prohibited, legitimate job-contracting should be allowed” provided that the contractor is “well capitalized, has sufficient investments, and affords its employees all the benefits.”

Duterte also said “businesses should be allowed to determine whether they should outsource certain activities or not.” /muf 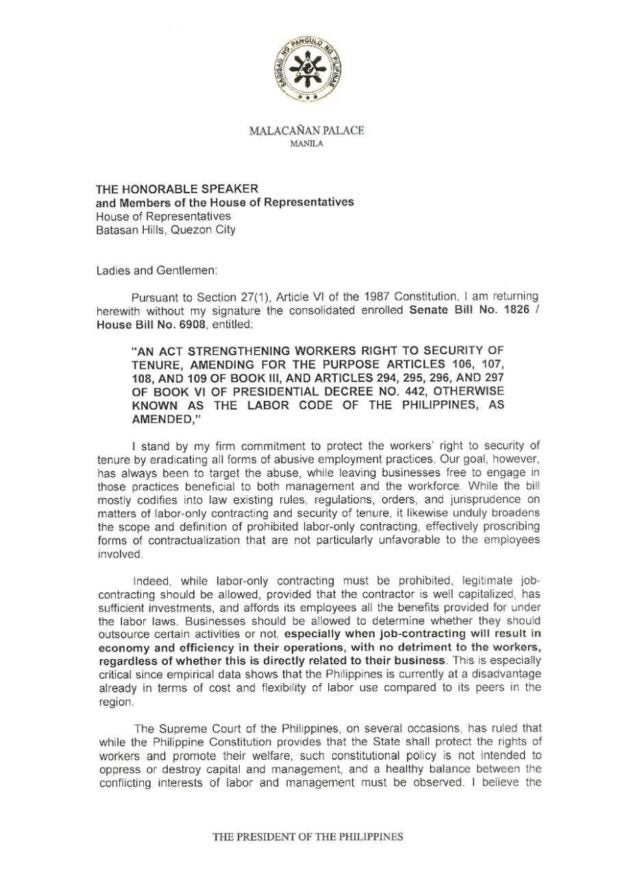 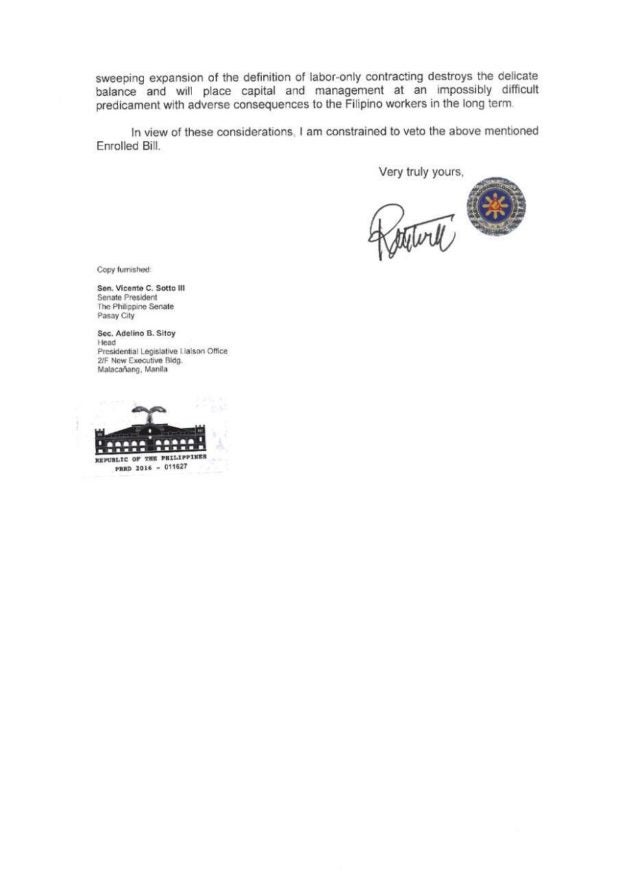