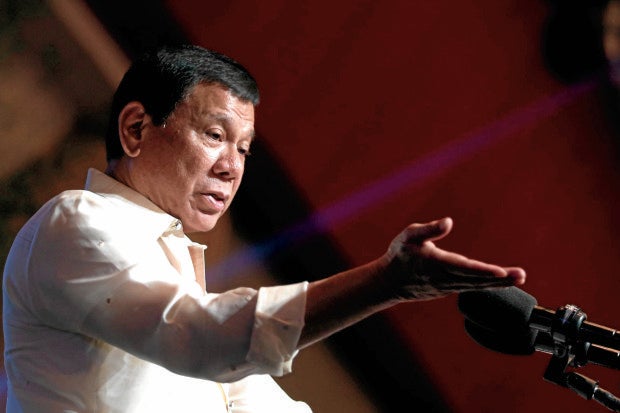 “Vetoed,” Panelo briefly responded in a text message when asked about the status of the bill.

In his veto message, Duterte said: “I stand by my firm commitment to protect the workers’ right to security of tenure by eradicating all forms of abusive employment practices.”

The proposed law was supposed to lapse into law by July 27.

Ending labor contracting was a campaign promise of Duterte during the 2016 elections.

A coalition of business groups has urged Duterte to veto the bill for being redundant, citing laws that protect workers from illegal contractualization.

Duterte said, “our goal, however, has always been to target the abuse, while leaving businesses free to engage in those practices beneficial to both management and the workforce.”

“While the bill mostly codifies into law existing rules, regulations, orders and jurisprudence on matters of labor-only contracting and security of tenure, it likewise unduly broadens the scope and definition of prohibited labor-only contracting, effectively prescribing forms of contractualization that are not particularly unfavorable to the employees involved,” he said.

“Indeed, while labor-only contracting must be prohibited, legitimate job-contracting should be allowed, provided that the contractor is well capitalized, has sufficient investments, and affords its employees all the benefits provided for under the labor laws,” he added.

The President said, “businesses should be allowed to determine whether they should outsource certain activities or not especially when job-contracting will result in economy and efficiency in their operations, with no detriment to the workers, regardless of whether this is directly related to their business.”

“This is especially critical since empirical data shows that the Philippines is currently at a disadvantage already in terms of cost and flexibility of labor use compared to its peers in the region,” he added.

He cited that “the Supreme Court of the Philippines, on several occasions, has ruled that while the Philippine Constitution provides that the State shall protect the rights of workers and promote their welfare, such constitutional policy is not intended to oppress or destroy capital and management, and a healthy balance between the conflicting interests of labor and management must be observed.”

“I believe the sweeping expansion of the definition of labor-only contracting destroys the delicate balance and will place capital and management at an impossibly difficult predicament with adverse consequences to the Filipino workers in the long term,” he said.

“In view these considerations, I am constrained to veto the above mentioned enrolled bill,” he added./ac

READ: Panelo backtracks: Security of tenure bill not yet vetoed 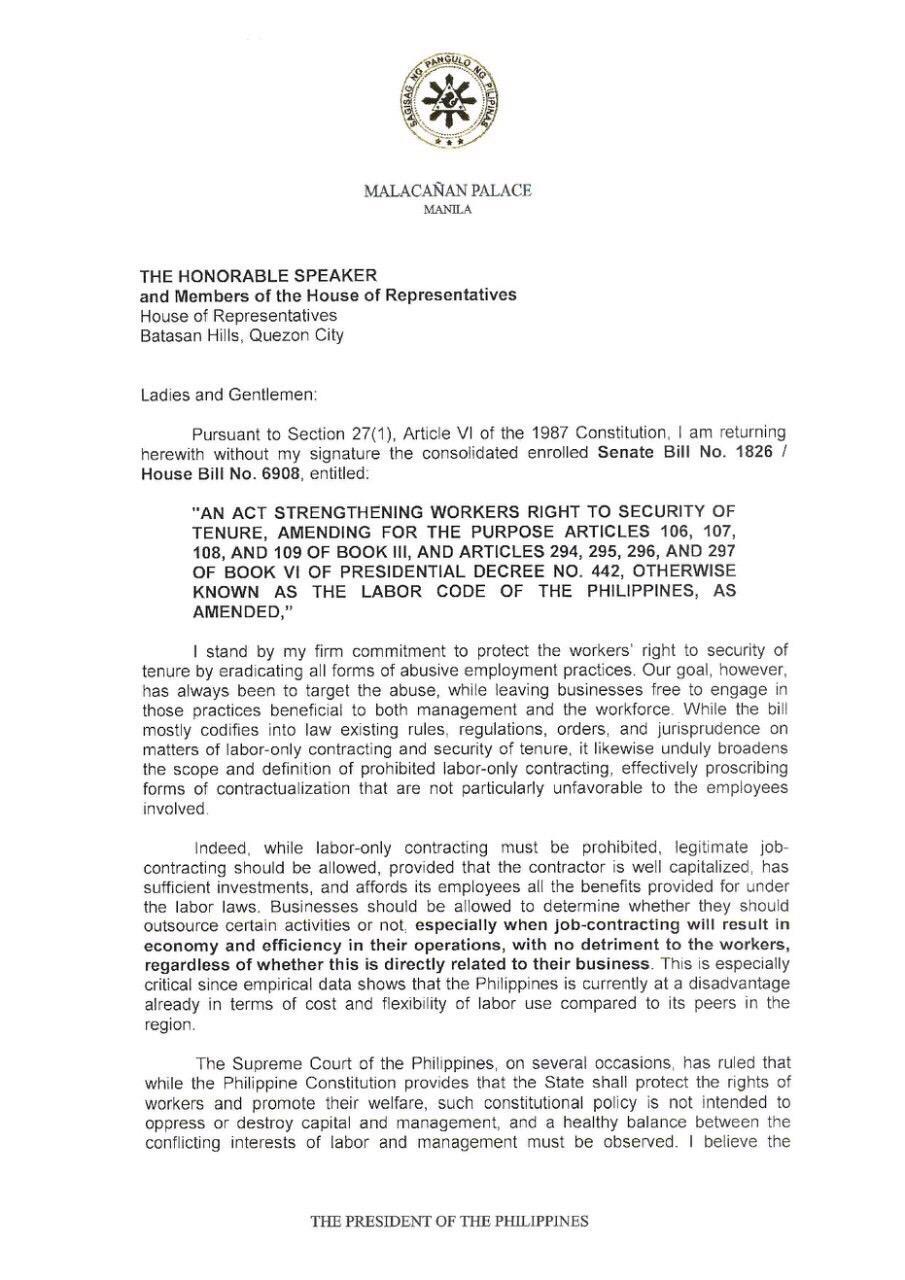 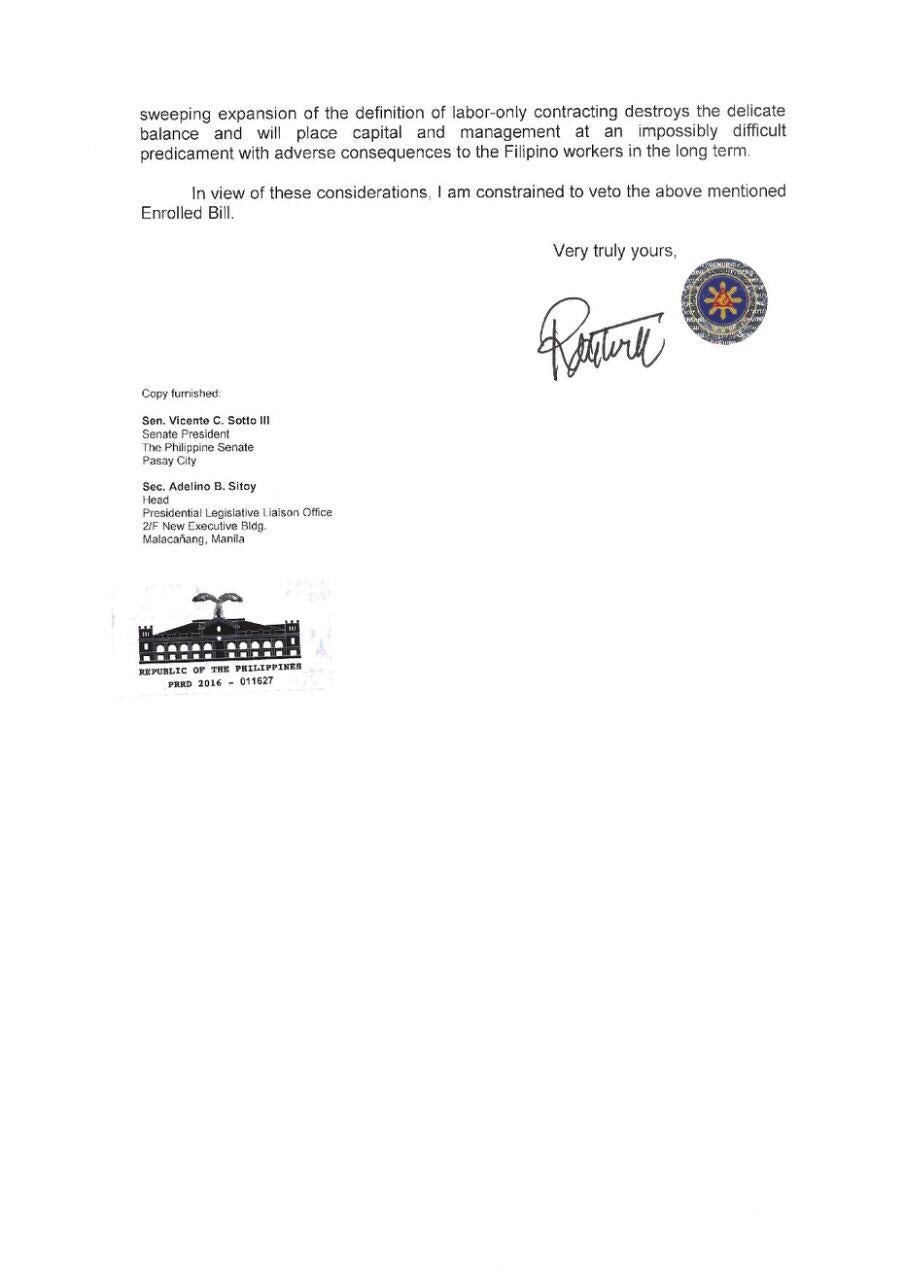